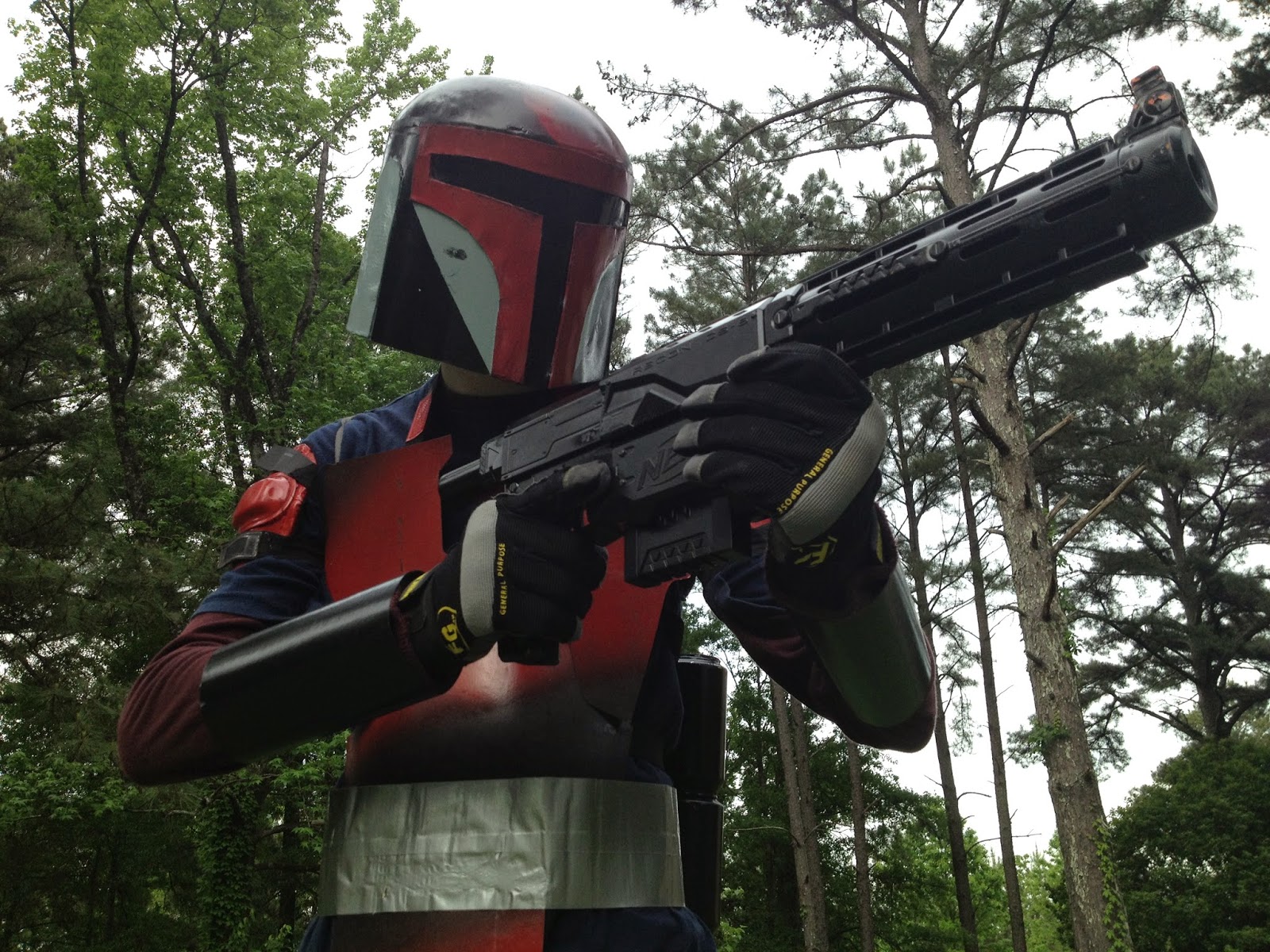 I really like Star Wars. All of us do, actually. Lately the boys and I have been watching the Star Wars Clone Wars animated TV show. It is a expansion of the Star Wars universe, set in between the second and third movies. If you are familiar with the show, you will know who the Mandalorians are. If not, they are a people from the planet Mandalore, who have a long history as great warriors and pirates, but thanks to some of their leaders, are now becoming a peaceful civilization. What about Deathwatch? To make it short, the Deathwatch is a war loving faction on Mandalore who is bent on destroying the peace and once again plunging the planet into chaos, as it was previously.

The armor the Deathwatch wears is seriously awesome. Both Jango and Boba Fett wore Deathwatch armor.

So I decided to make some. But I wanted to do the red version, below. (otherwise known as Deathwatch Super Commando) Why? Because it is awesome, and I have a Lego minifigure of one. 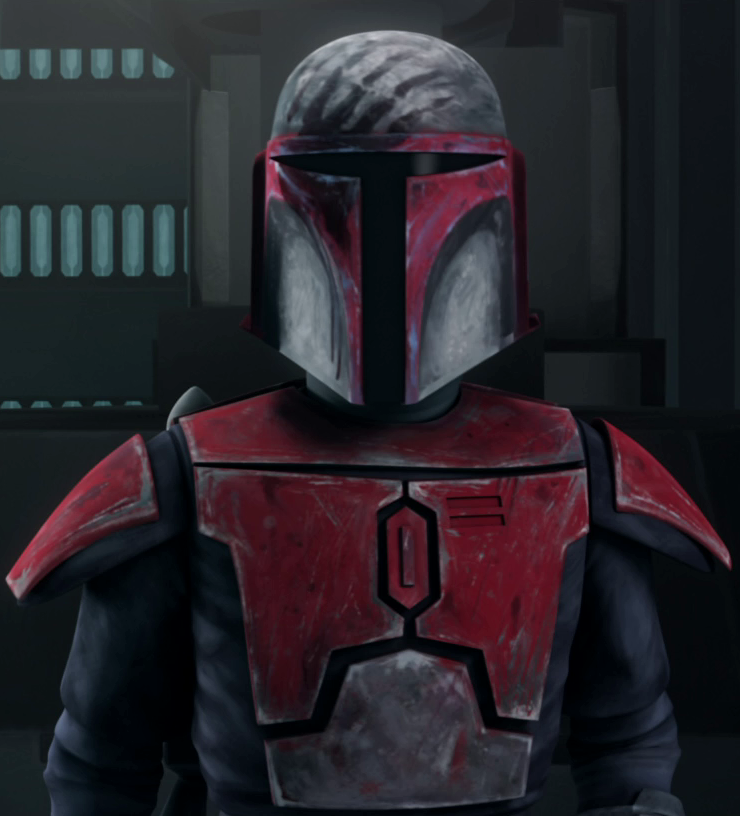 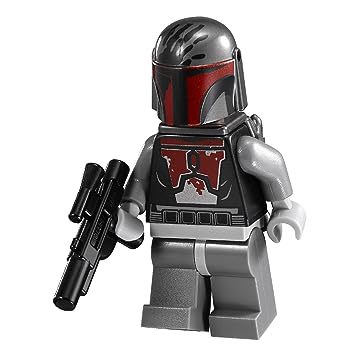 I made the main part of the helmet out of an old plastic bucket, heated to shape, and the dome out of the top of an old bike helmet. I hot glued it in place and then filled the holes in the top with hot glue. The raised parts were made out of cardboard that were glued on. The visor is thin plastic from the packaging of an RC helicopter with window tinting film glued on. 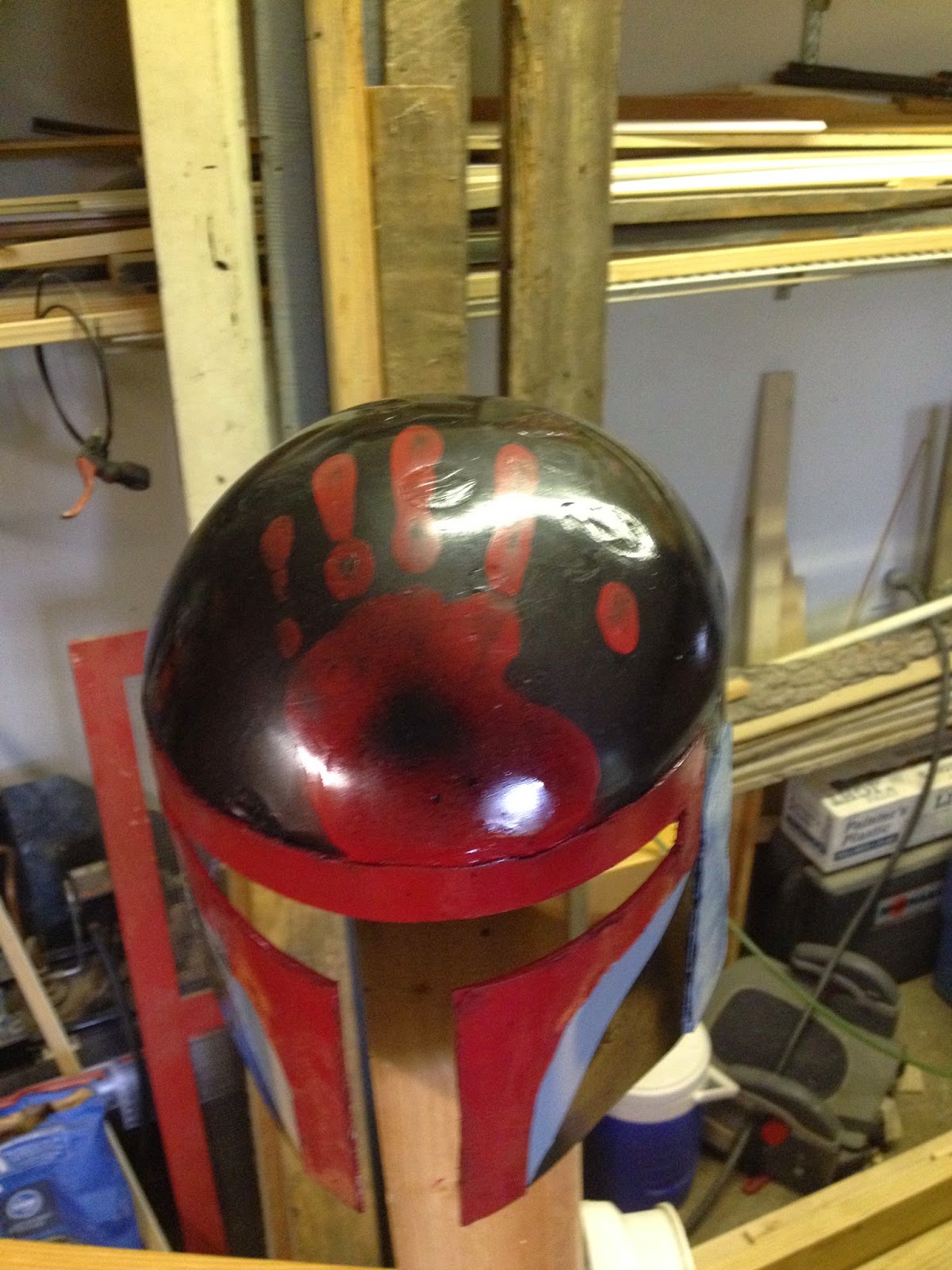 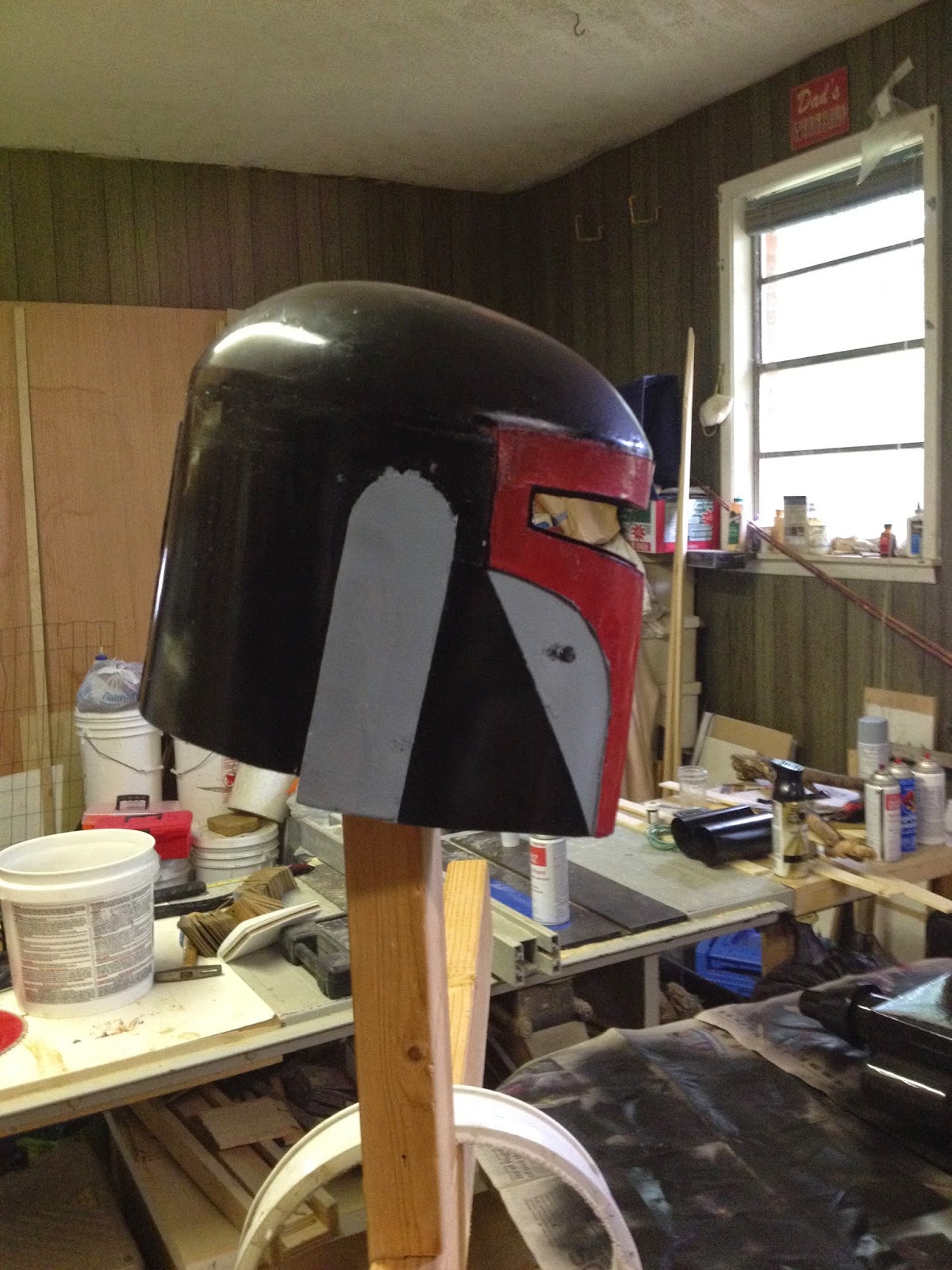 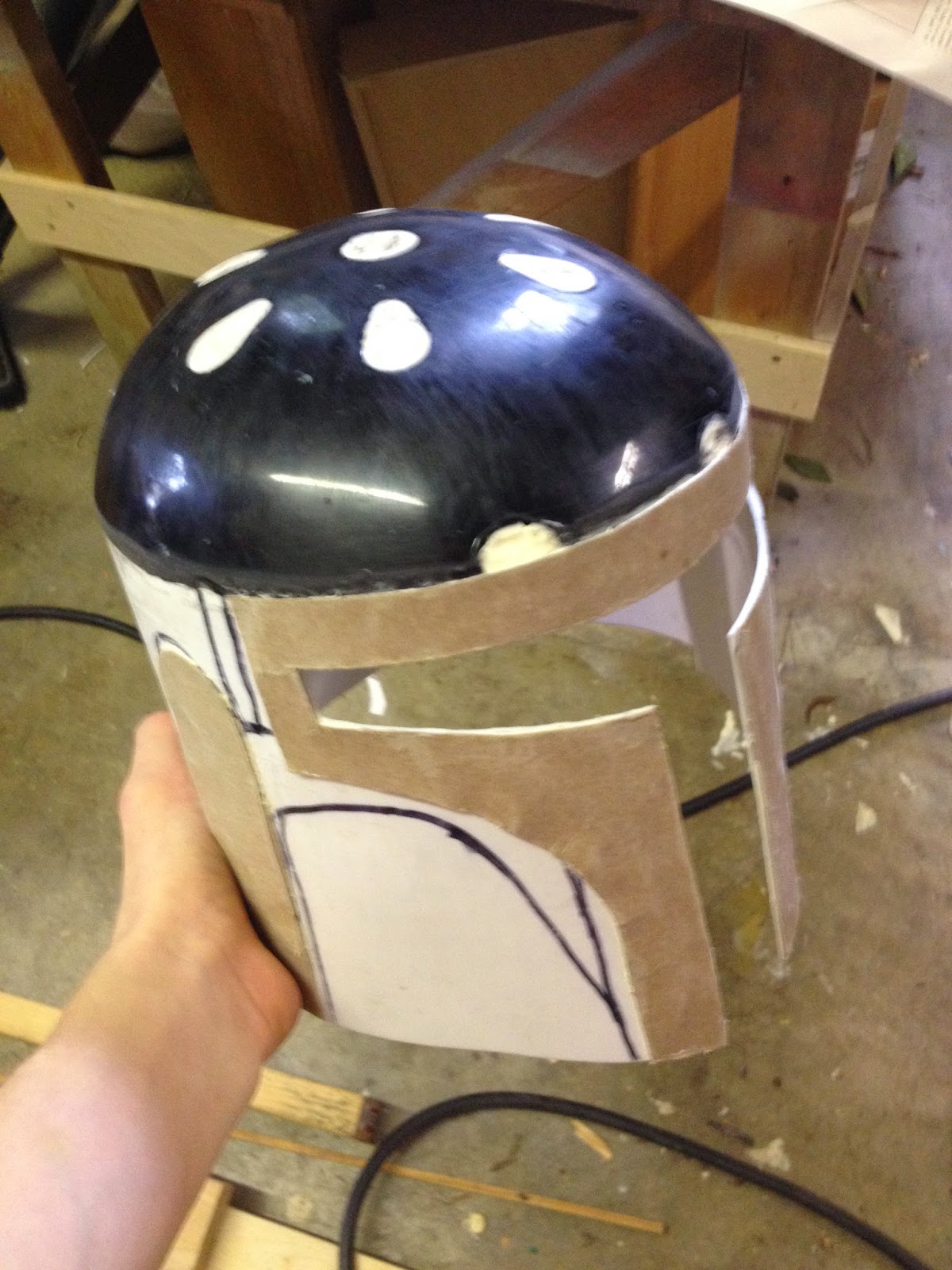 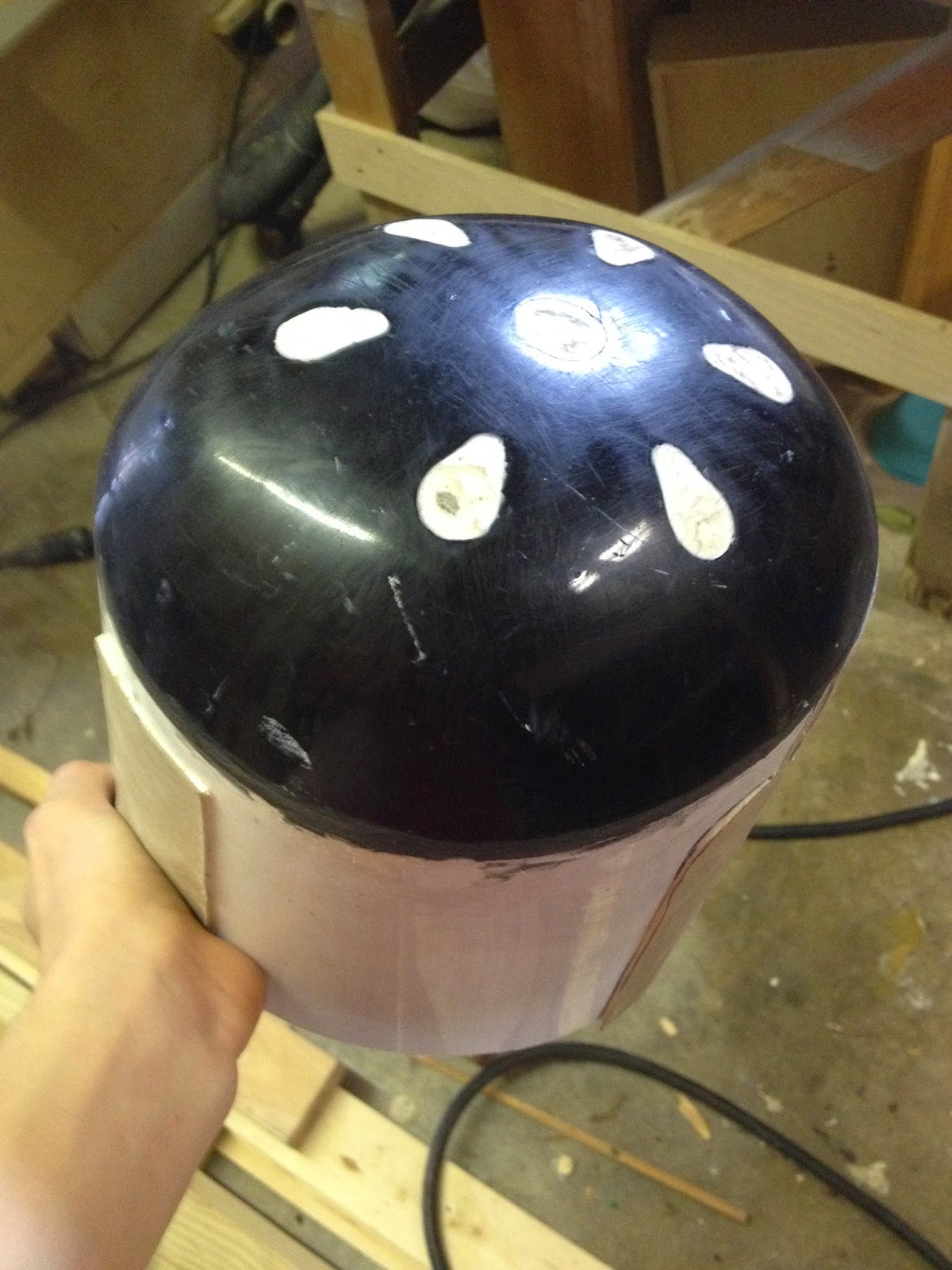 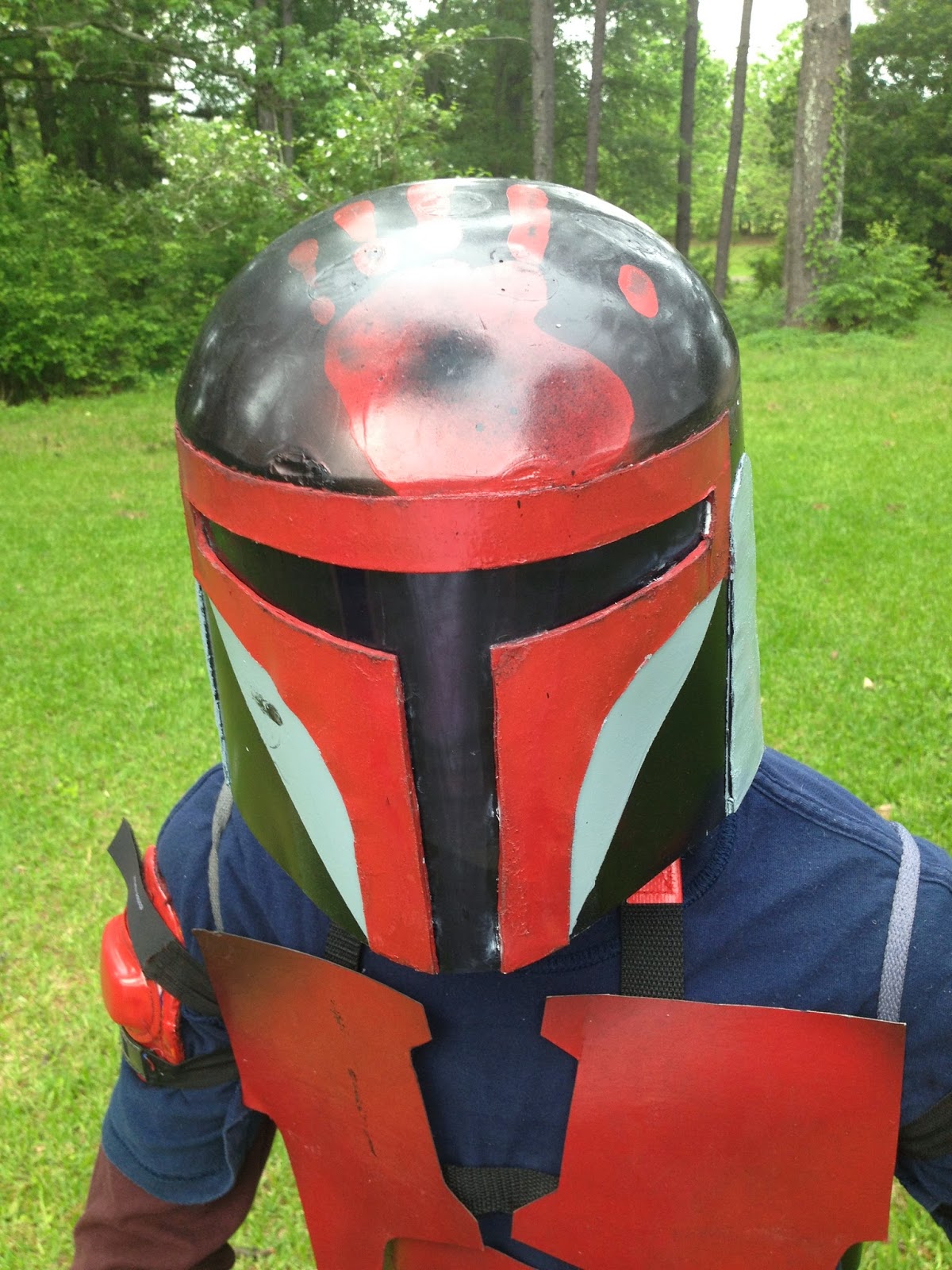 The chest plates were made out of cardboard, and the pauldrons (shoulder plates), shin guards, and knee pads we already had, I just painted them. I had a little bit of trouble with the gauntlets (forearm), but I eventually made them out of cardboard as well. The main difficulty was attaching the armor to the shirt, since I didn't really want to make it permanent. I ended up making a sort of harness for it out of some nylon straps. The belt was made with duct tape. 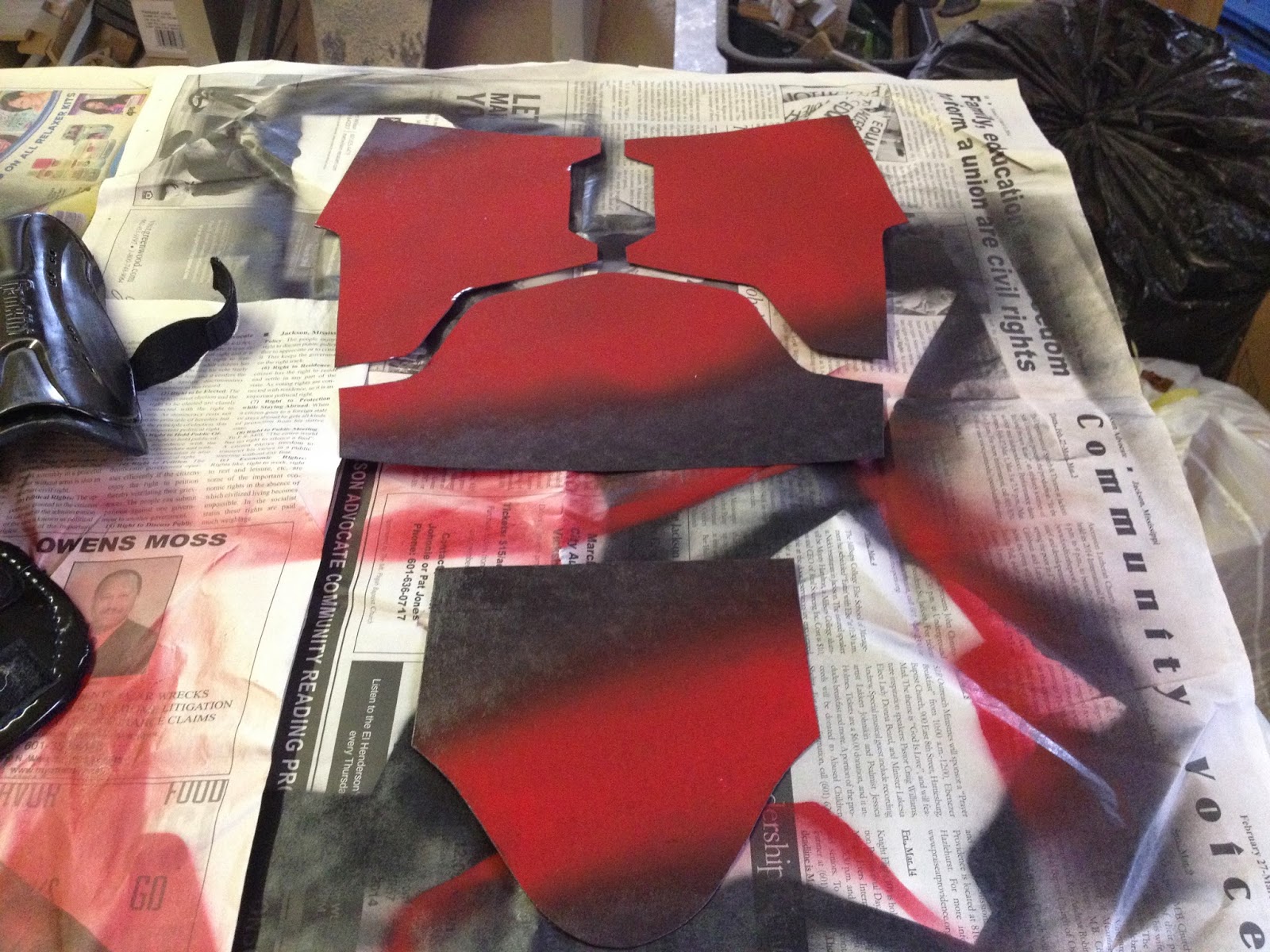 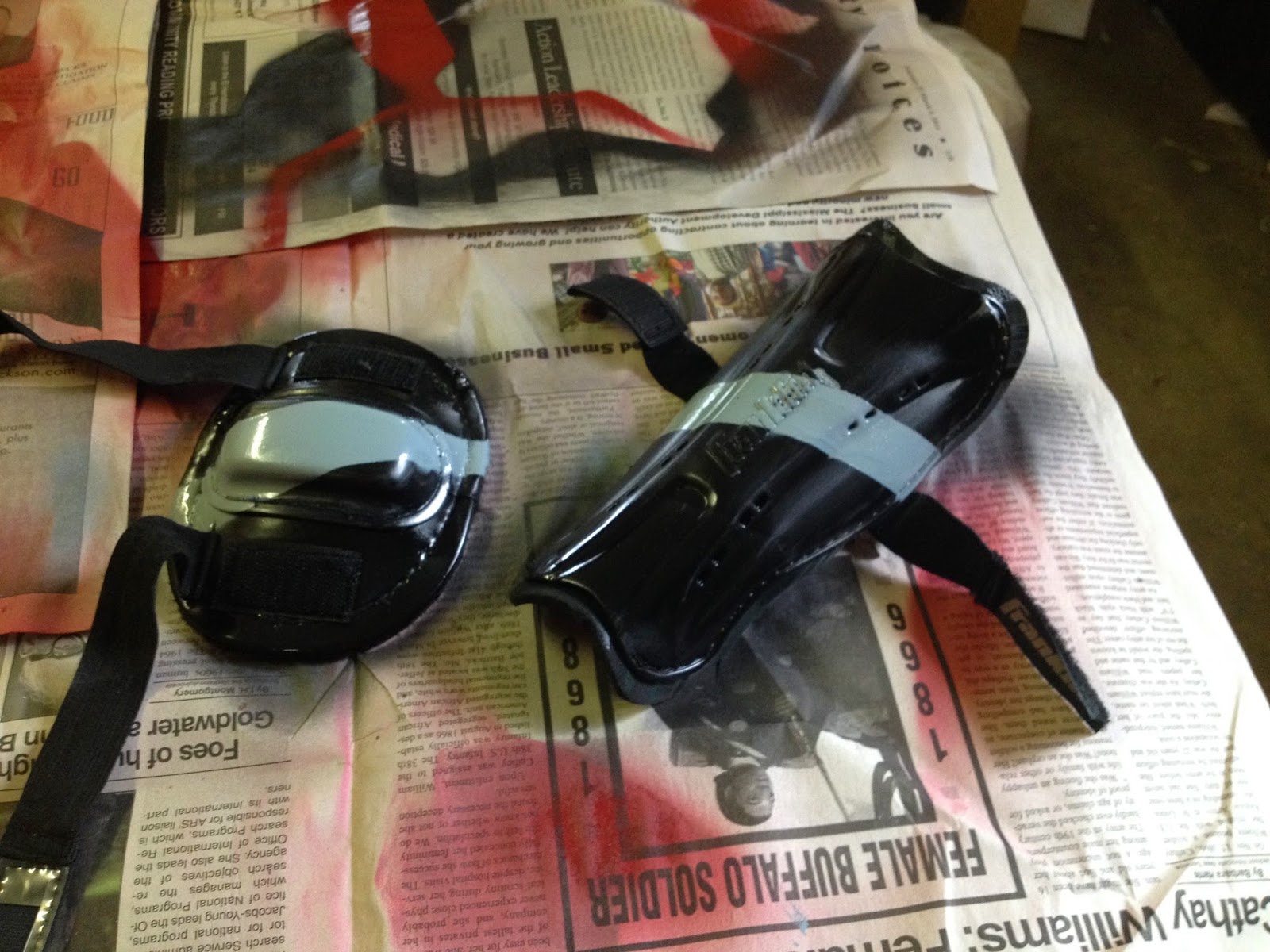 I also made a jet pack. Unfortunately it doesn't work, mainly because I couldn't get my hands on any rocket fuel, (do you have any idea how expensive that stuff is?) and because I couldn't figure out how to keep the cereal boxes from burning. However, despite the fact that it can't help me to soar above the clouds, it still looks pretty cool. 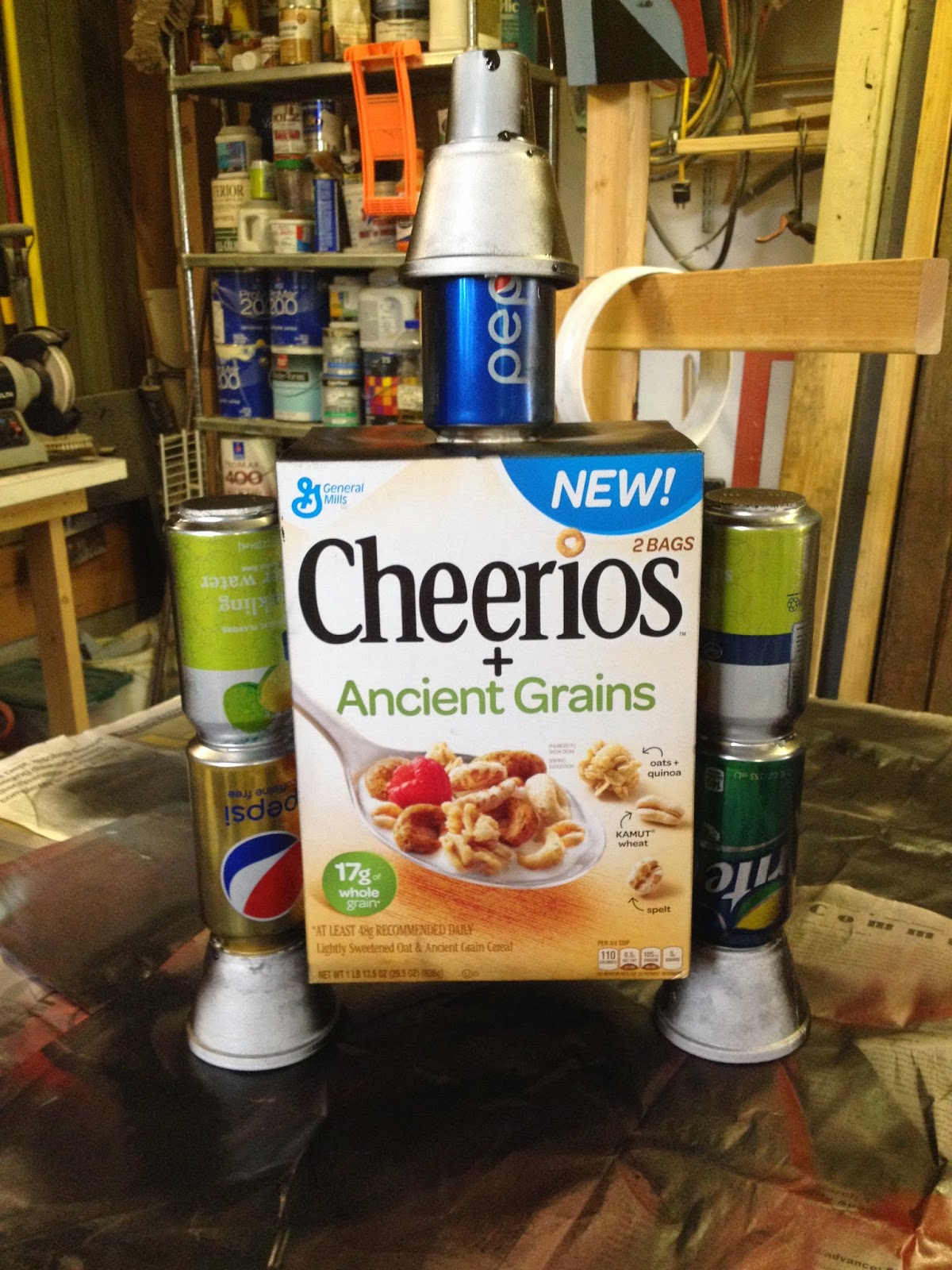 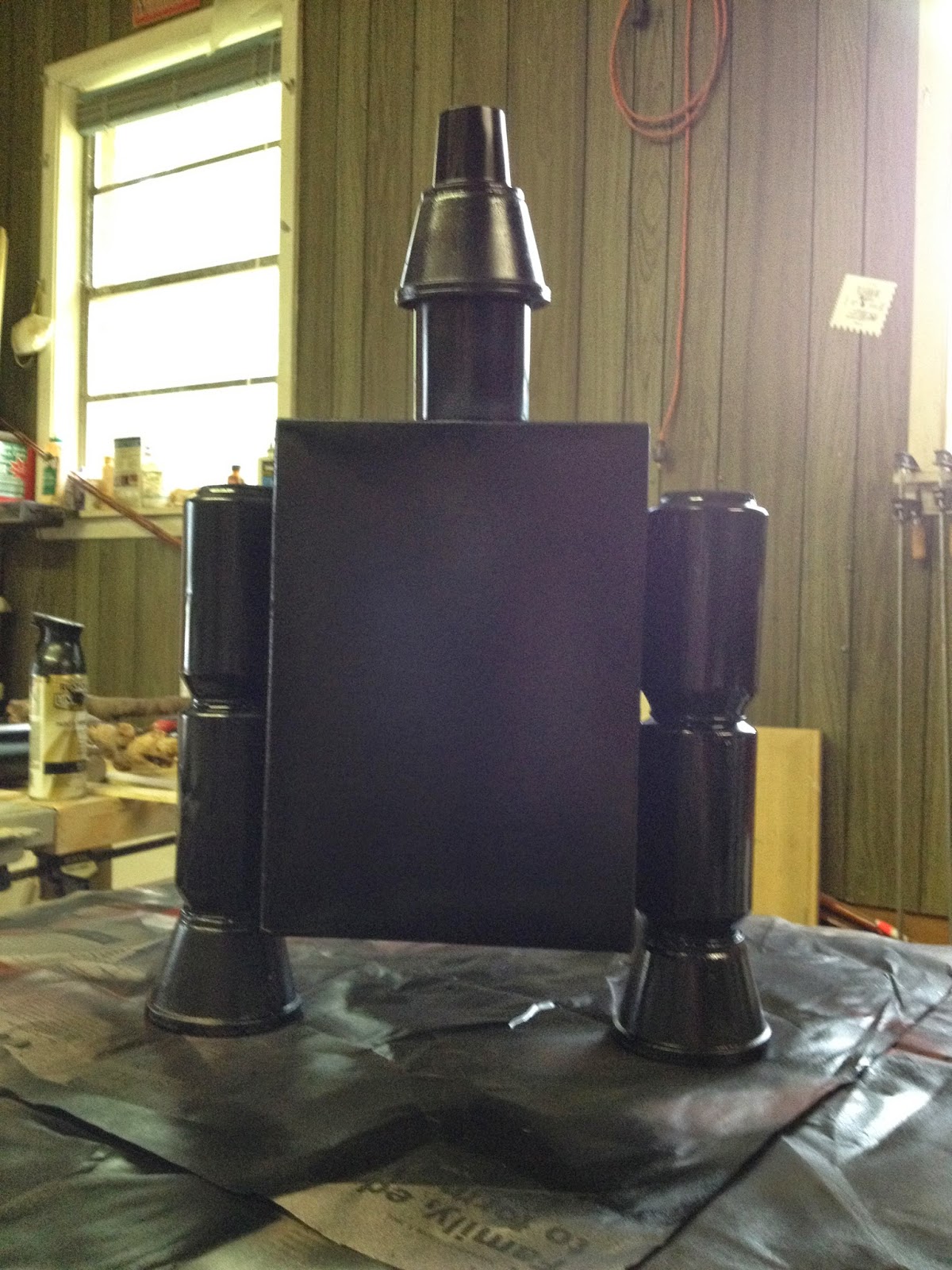 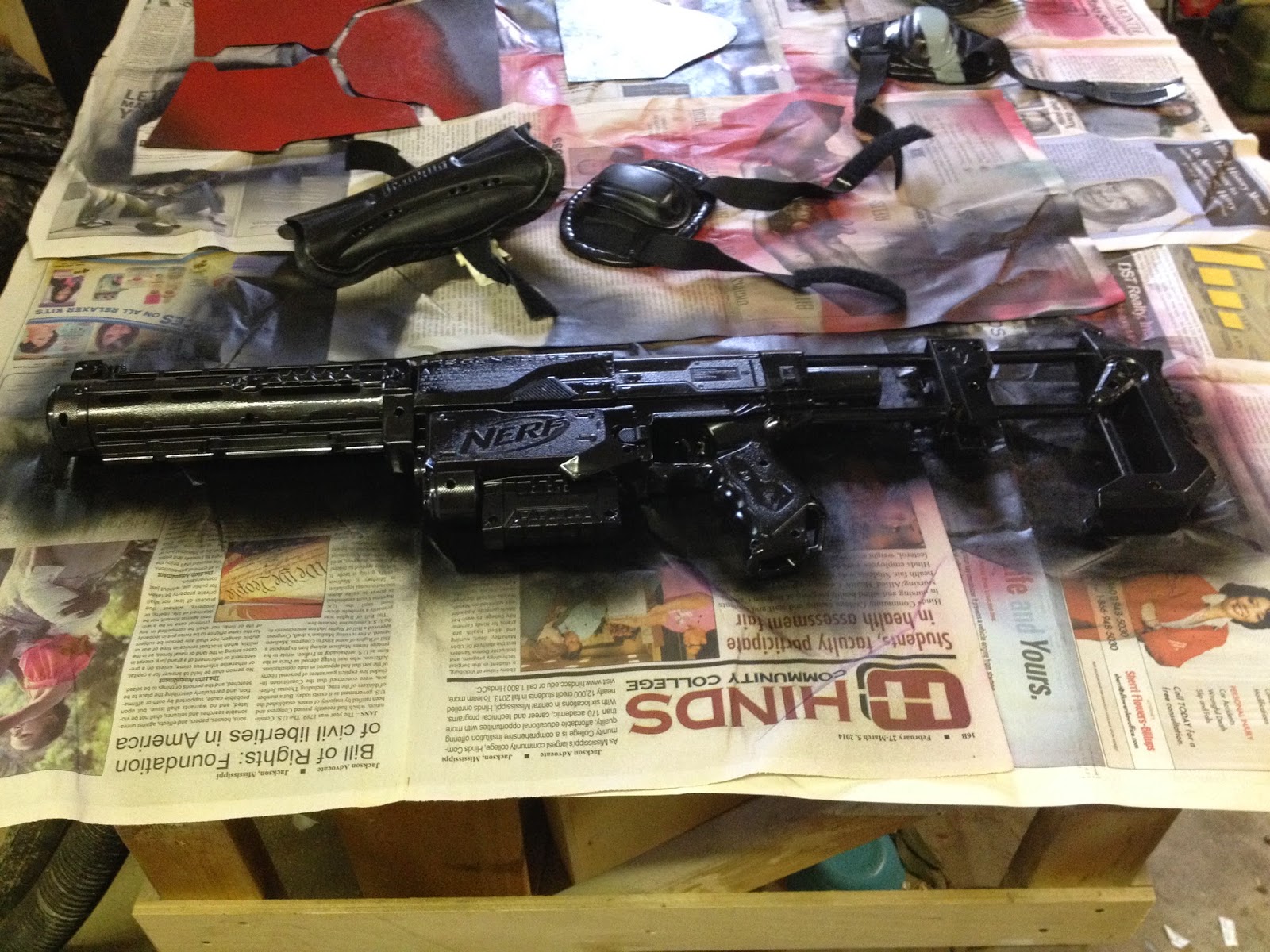 So now I have this set of really cool armor, and absolutely nowhere to keep it. A lot like all my other projects really. I have creations stashed in every corner of our room, in the closets, on the shelves, under the bed, on the walls, and everywhere else there is a bit of room. Oh well. It looks cool anyway. 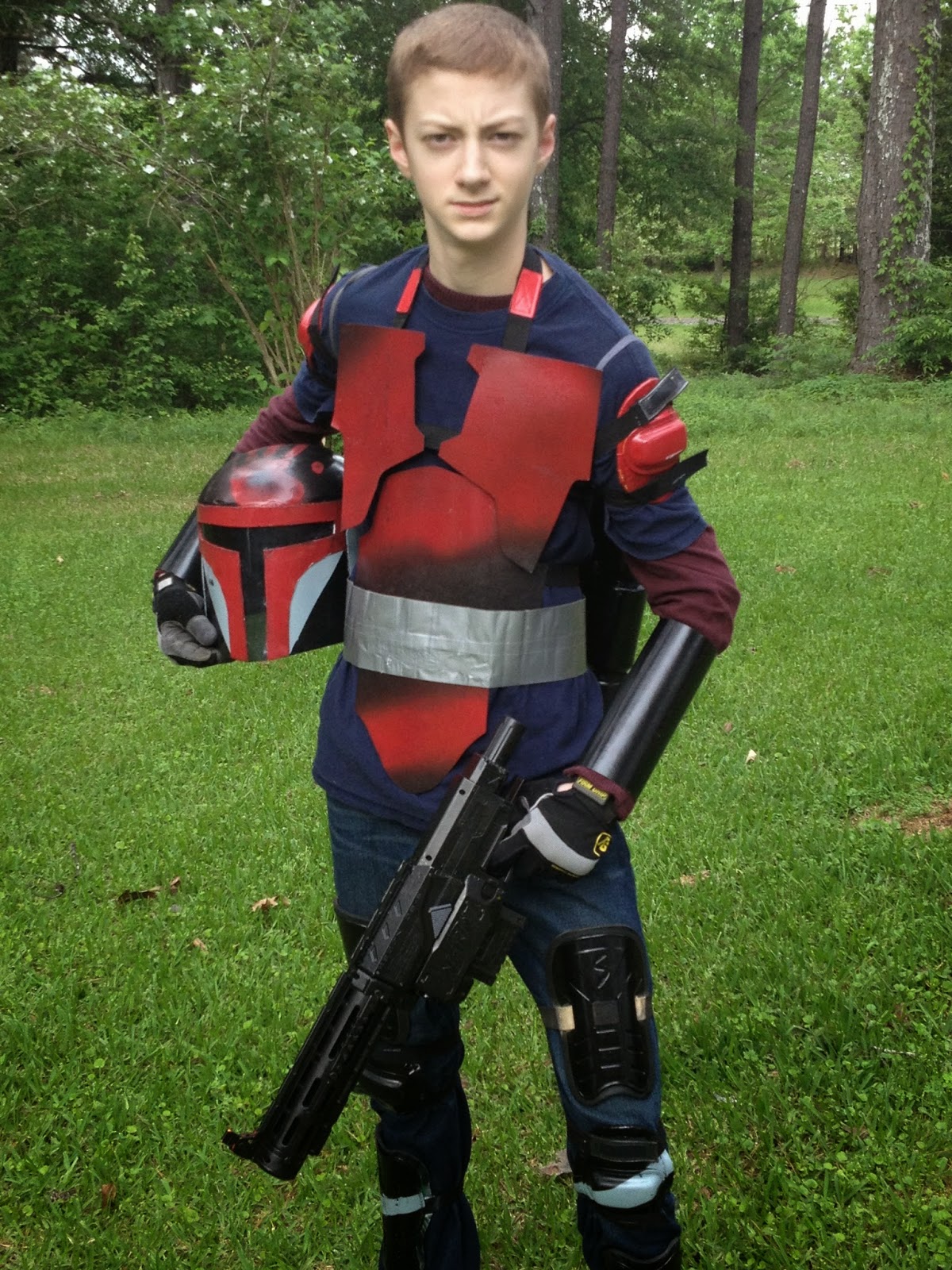 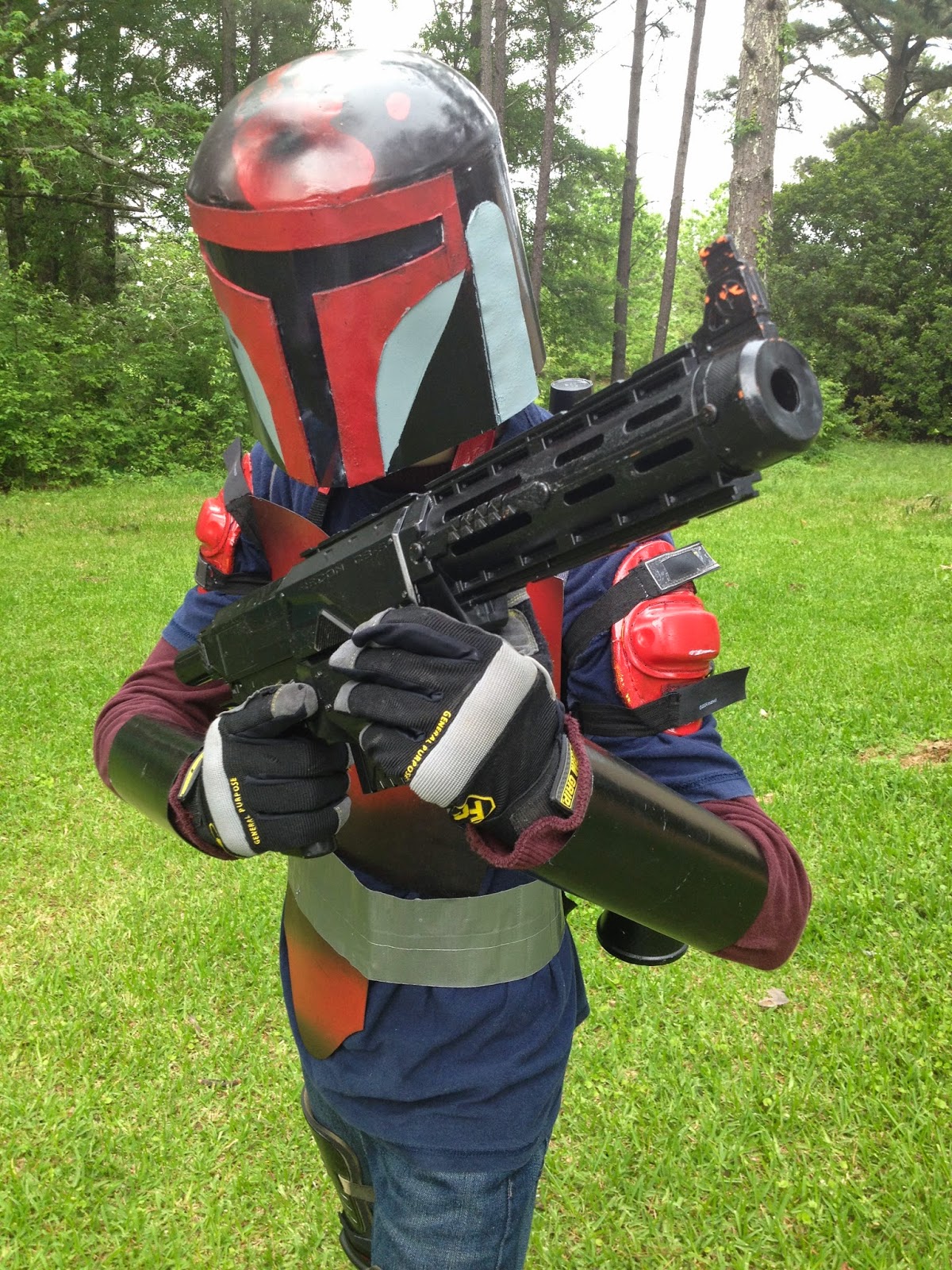 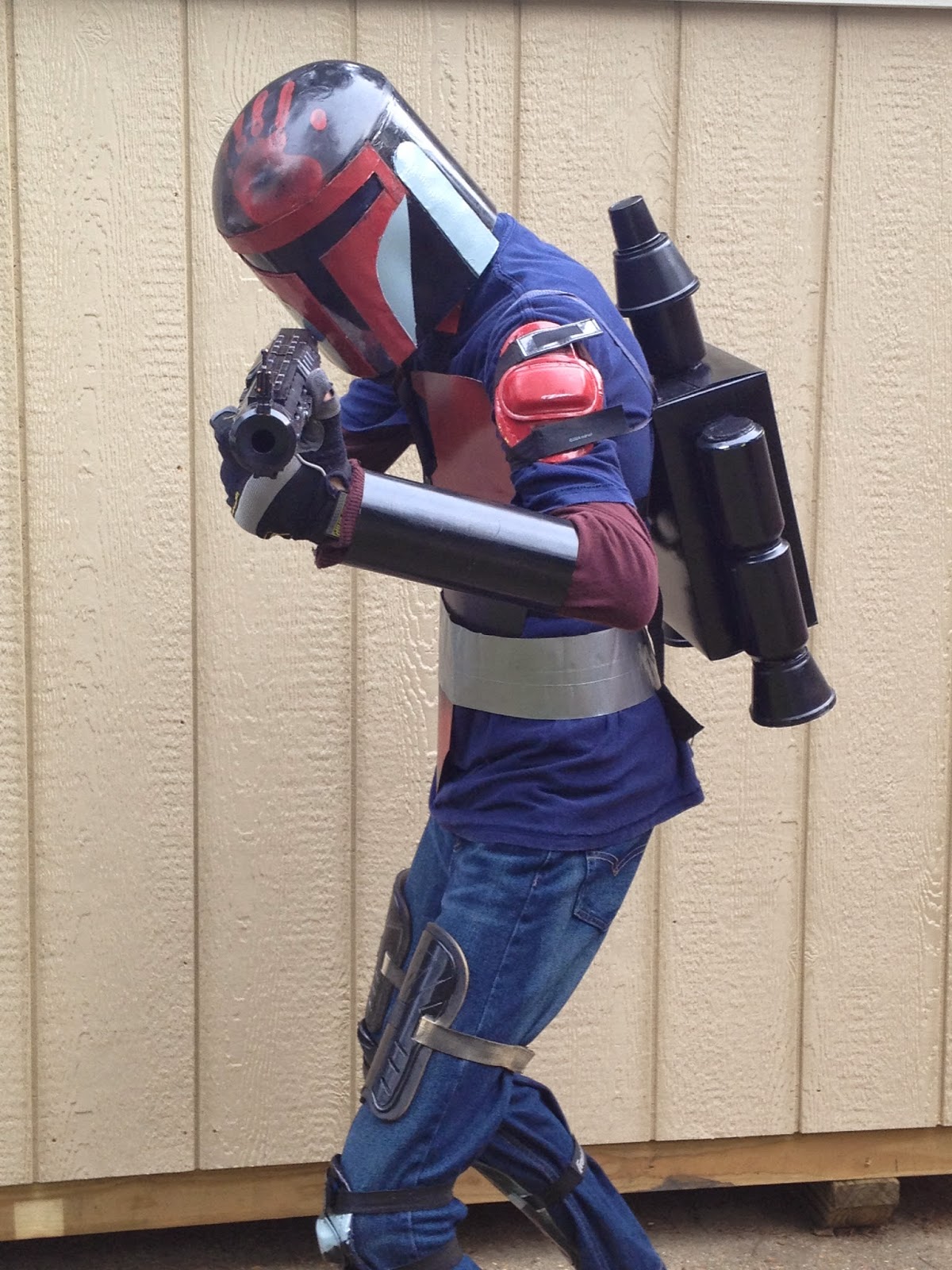 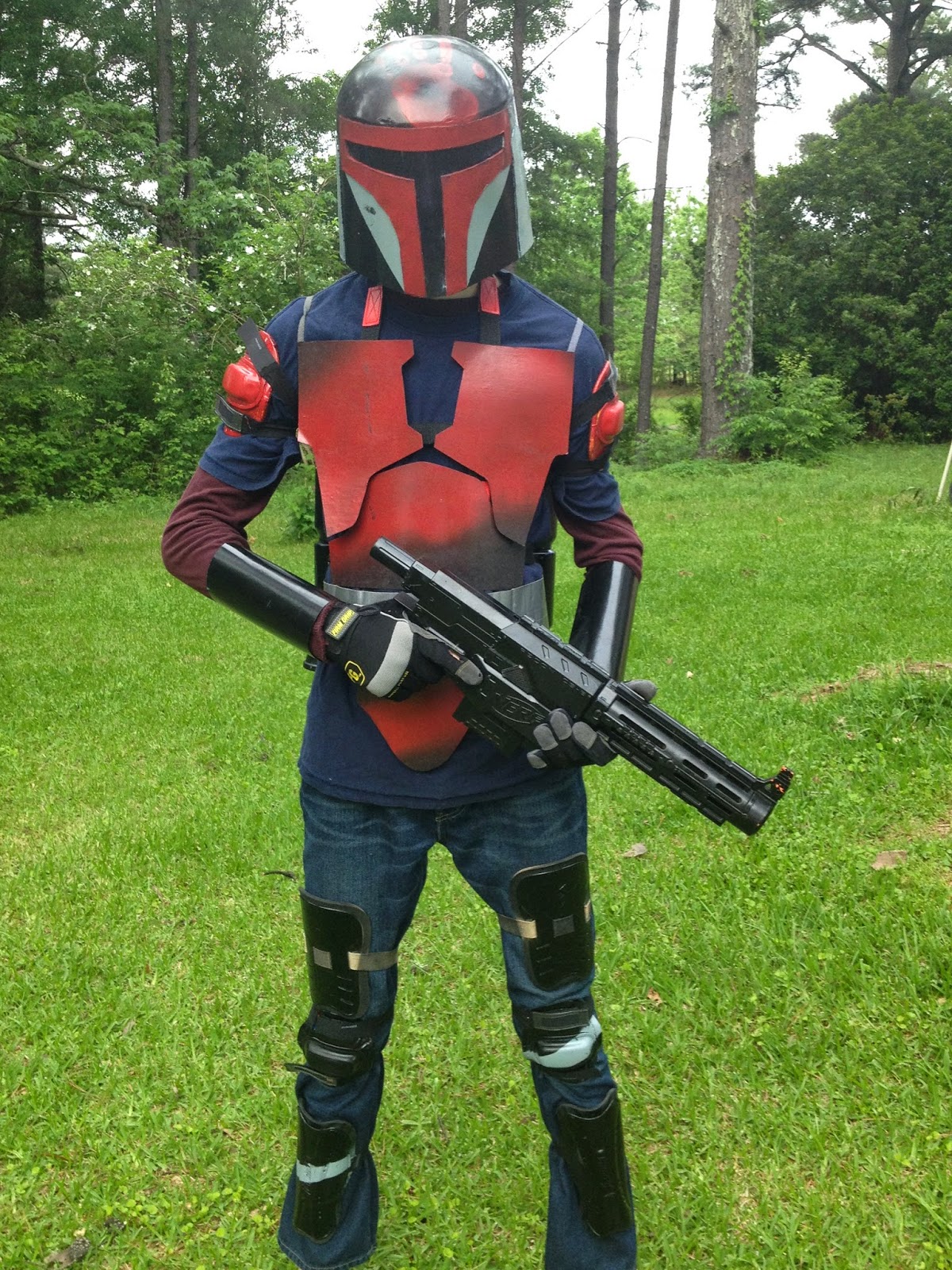 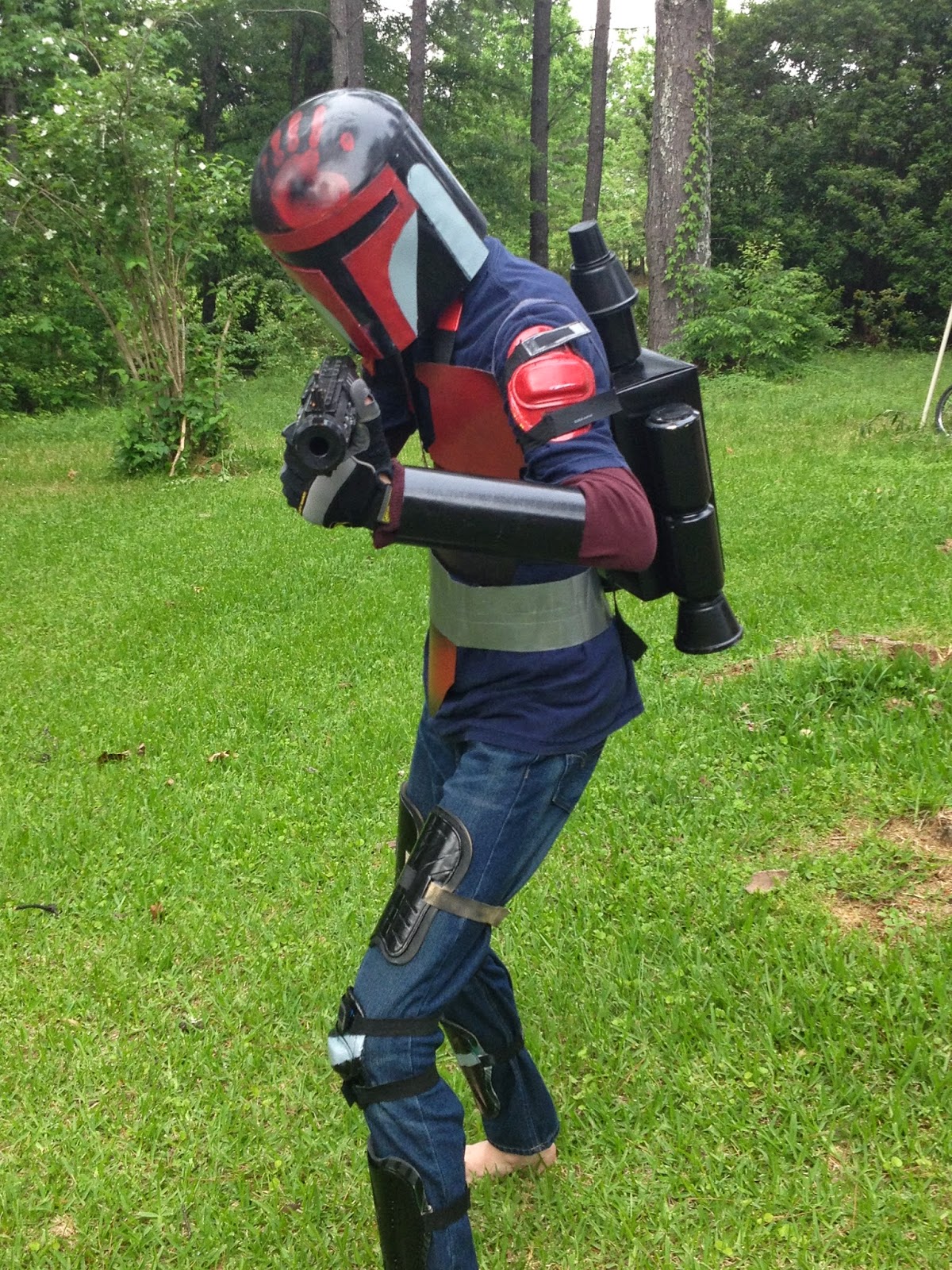 Also planning on making a Clone Trooper helmet out of paper mache.......