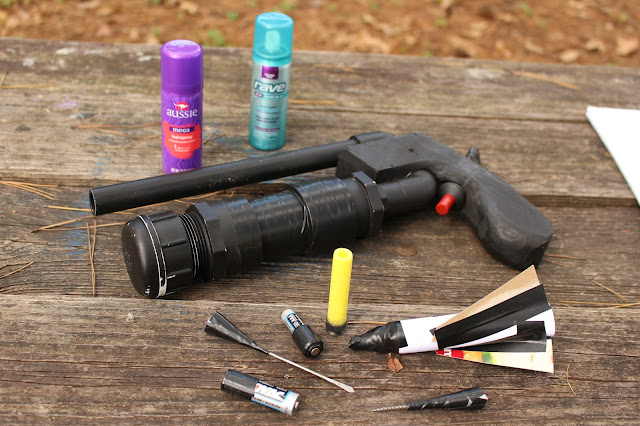 I love weapons. (very much super obvious observational statement of fact) I love playing with weapons, building weapons, looking at weapons, and most of all using weapons. Unfortunately, many of my aforementioned weapons are not small enough to be easily portable. As much as I want to, I simply can't lug my potato cannon everywhere I go. The solution? A small version! Now I can carry a combustion powered hairspray fueled battery firing spud guzzling dart shootin' rocket firing oddly shaped pistol everywhere I go.

This gun is pretty much the same as my Hairspray Rifle, which I wrote about in a previous post, so I won't go into too much detail about the construction. The main difference is that instead of a salvaged lighter sparker for the ignitor assembly, I used a replacement grill sparker. They are both pretty much the same, except that the grill lighter is larger, tougher, more reliable, lasts longer, and produces a fatter spark. It also has a nice big red button as the trigger, which I thought added to the overall appearance.

If I remember correctly, the whole thing only cost about 25$ to build, the main expense being the grill sparker, which costs around 12$, depending on where you buy it. If you wanted to keep the price down you could just use the lighter sparker, however I wasn't very happy with it on the other gun, so I decided to spend the extra cash.


I made a full tutorial on how to build this gun, for those of you who would be interested in making it, which I will be posting on here in the next few days. Tutorial

And I also made a video, (in two parts) showing just what it can do, which I posted on my YouTube channel. Of course, you can also watch them here, below. They are rather long, but a lot of fun.

Now, there are quite a number of substances that could be used to fire a gun like this. Practically anything that is flammable and can be mixed with the air can be used. The trick is to atomize the fuel so that it mixes with the air in the chamber. I use hairspray because it is cheap and easily available. If I remember correctly, the gas that powers the hairspray is something like butane, which explains why it works so well. You could also use a spray deodorant, or even rubbing alcohol. The rubbing alcohol would need to be put in a spray bottle with a very fine mist, so that it mixes well with the oxygen in the chamber. Remember that the fuel itself is not flammable. The fuel will not burn unless it is in the presence of oxygen. I have to blow out the chamber between each shot to get enough oxygen back in, otherwise the next shot is not nearly as powerful. I would check out this guys webpage: http://www.aaroncake.net/spuds/boom.asp Very thorough and informative.

One con and warning about using hairspray; it is like glue. I wish I was joking. It is like glue. It will glue your cap on if you don't clean out the threads when you are done with it. It doesn't take much, just wiping them off with a wet rag, but if you don't you'll need a pipe wrench and a bench vise. Trust me.

And here are bunch of random pics of it. 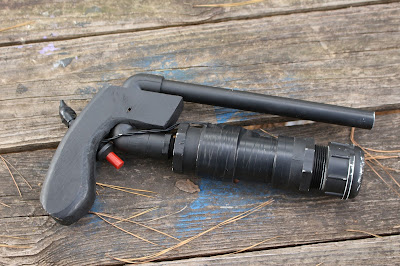 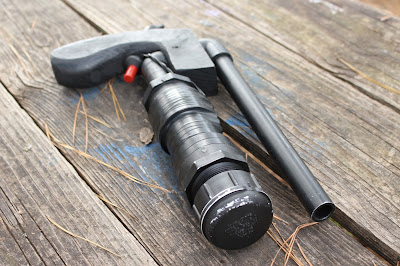 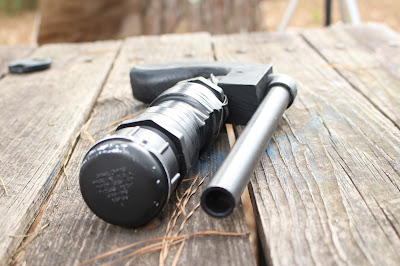 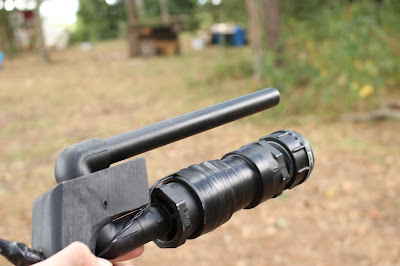 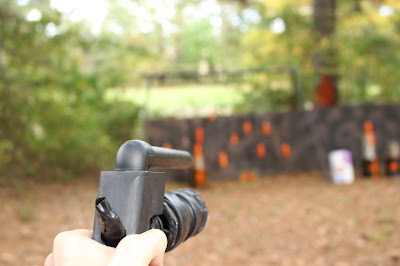 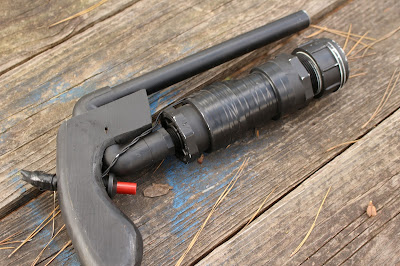 It can also fire paper rockets, such as this one: 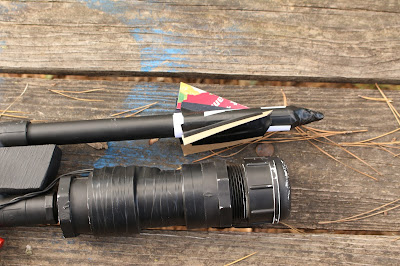 And just for fun, I'll throw in a picture of my new target range. 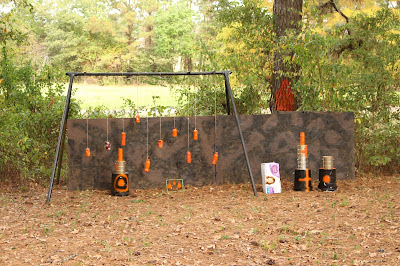