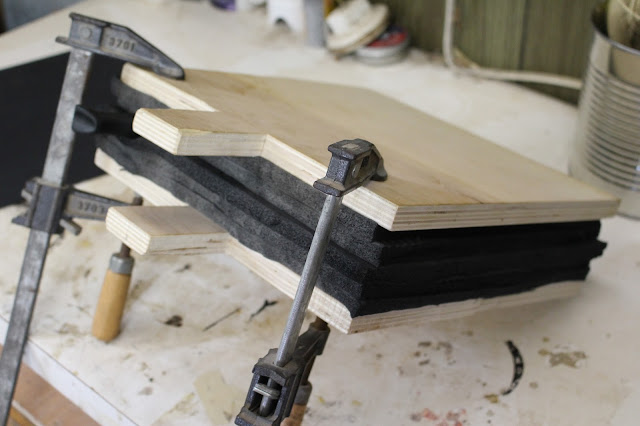 I'm sure by now that all of you have noticed several homemade Kydex knife sheaths floating around in a few of my previous posts. (most notably the Bushcraft knife and my custom Morakniv companion sheath)

For the uninitiated, Kydex is a thermoplastic material (somewhat like PVC) that comes in sheets. Like PVC, when heated it becomes soft and pliable, and is easily shaped. When cooled back to regular temperature, it again becomes rigid and hard. It comes in all colors too, including that disgusting hot pink, for you crazy female persons who would for some reason desire it.

Kydex sheaths, unlike leather, are very easy to make, require only a few simple tools to do so, are impervious to the elements, very tough, and can be used in a multitude of carry positions, even upside down. In my opinion, they are very much superior to, (though not as classy) as leather sheaths. 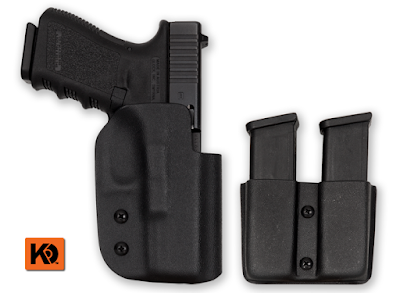 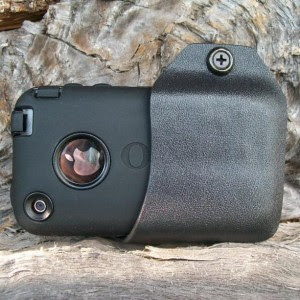 And it's so easy to make stuff with. All you need to heat form Kydex is an oven! (oven as in Pizza) You could use a heat gun as well, but I prefer an oven as it is easier to heat it evenly.

Just about nobody, that's who. And what is a Kydex press anyway?

A Kydex press is the tool you use to mold the pieces of thermoplastic material around the object you wish to make a sheath for.

Fortunately, they are super easy to make. All that is required for a barebones, redneck-y version is a couple of boards, some foam, and clamps. The foam is the only somewhat complicated part. It must be both hard and soft enough (he he). What I mean is that the foam must be soft enough to shape around the knife, and yet be firm enough to press the kydex around the object. For the press I made here, I used a yoga mat which I bought for a few bucks at thrift store (it goes without saying that I got some interesting looks from the rest of my family). It works pretty well, but I believe that the foam is a bit too firm. It doesn't mold around a knife quite as well as I would want it too.

I have also seen people use mattress foam, the stuff in couch cushions, those gardening knee pad thingies, and the stuff in tree stand hunting seat pads. Even carpet foam would probably work in a pinch.

Of course, if you don't mind spending some money and want to get the most perfect results, you could also go online and order some foam made especially for this purpose. Most knifemaking suppliers (such as Jantz) stock the stuff.

This particular press only took me a few minutes to construct. I cut the plywood to the size I wanted (I believe it's a foot square), cut several sheets of foam to match, and then screwed on a couple of regular door hinges. Then I just hot glued the foam to the boards. It's that simple. If you are feeling especially lazy (or just misplaced your clamps), I've even seen a guy who just sat on the boards! Okay, fine. It was me. But I've seen others do it too. 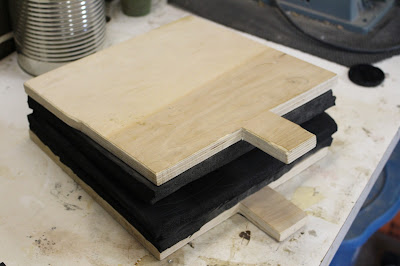 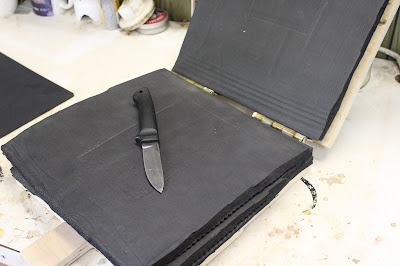 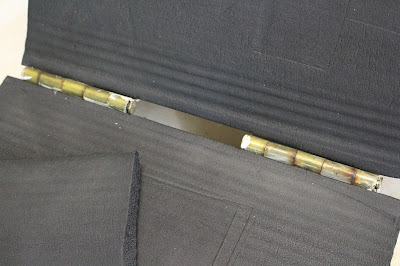 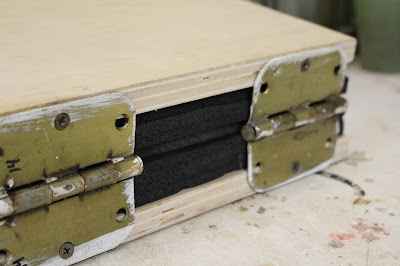 Anyway. It is very simple. And the great thing about Kydex is that even if you mess up on a sheath, all you have to do is stick it back in the oven and it resumes its original shape. It is very forgiving.

Some other examples of homemade presses I found on the web: 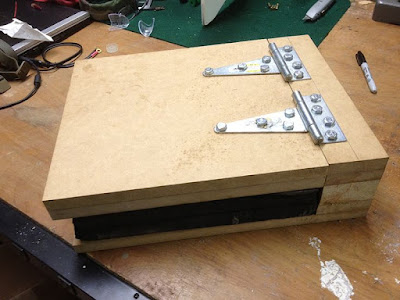 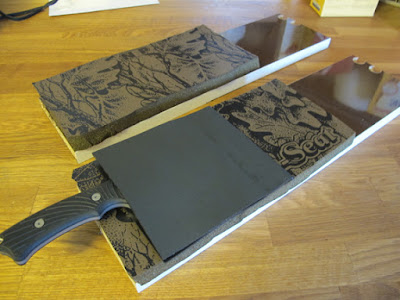 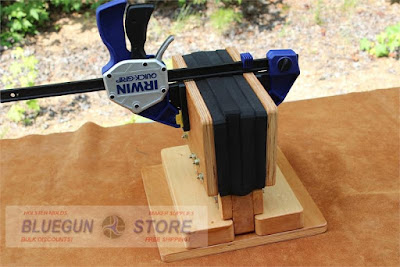 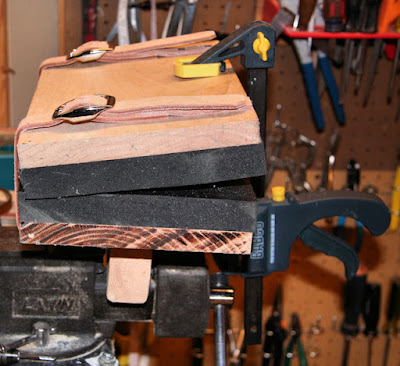 I will be making some in-depth tutorials on Kydex sheath making in the future, but for now here are some very good ones that have helped me in the past:

Some places to buy Kydex:

How thick are the two boards you used?
Thanks in advance!