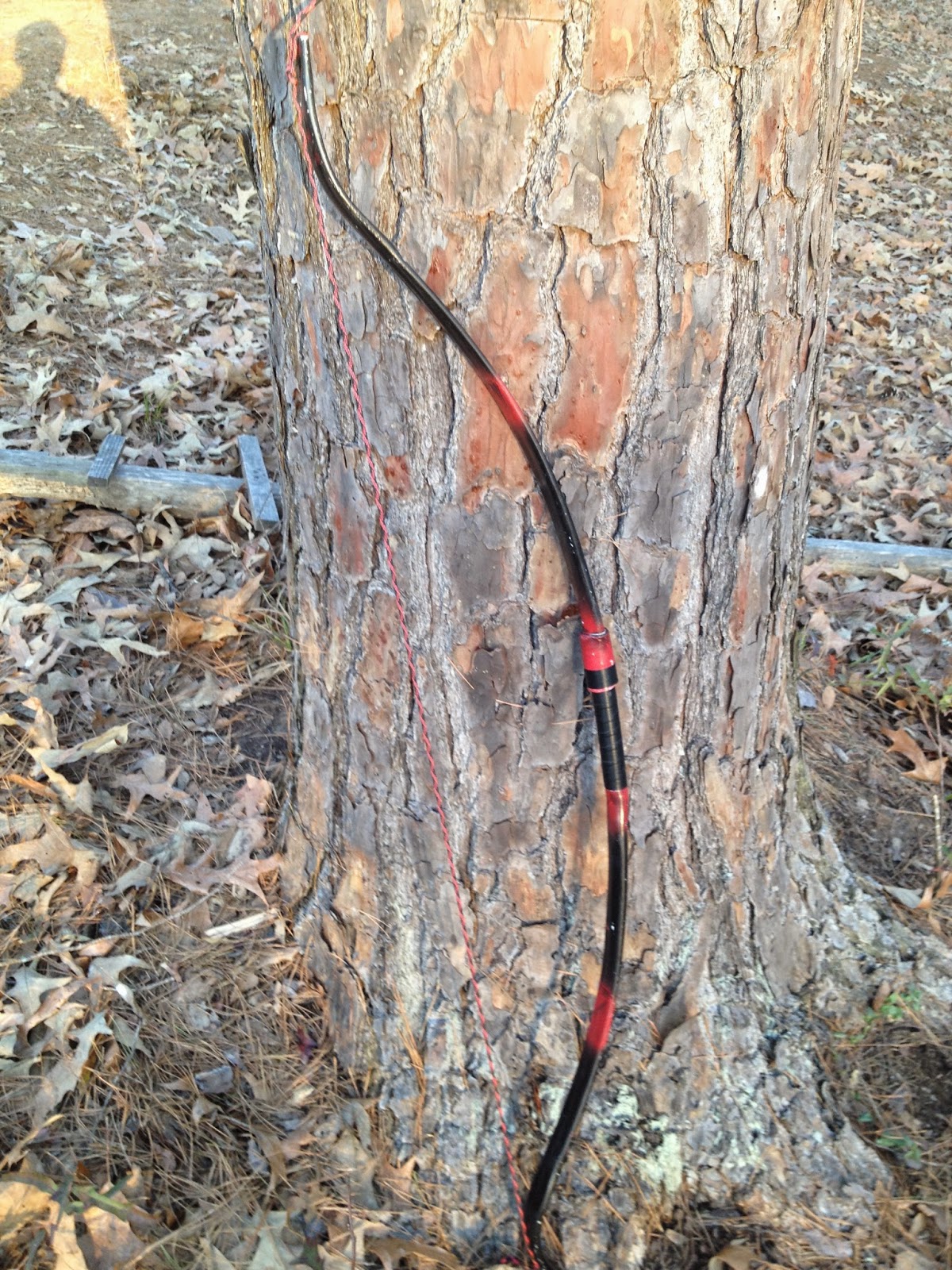 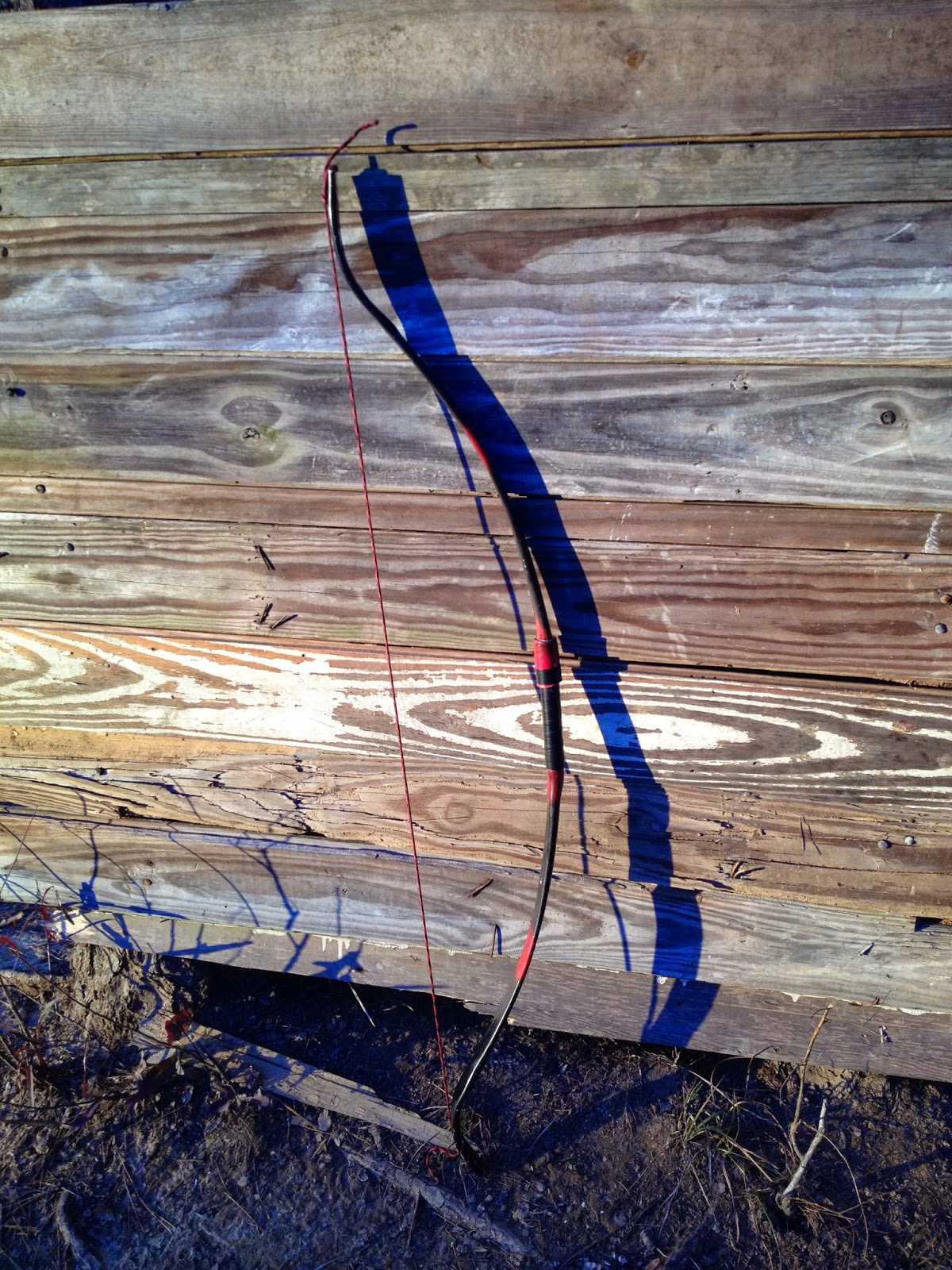 Archery. I have never been any good at this ancient skill, though I have owned and made numerous bows. I somehow seem to keep coming back to it, and of course, making more bows.

This is my latest, a recurve bow made of flattened and bent PVC pipe. It is pretty cool, shoots far, and looks awesome. I also made an arrow for it out of a dowel rod I had laying around.

For those who do not know what PVC is, it is plastic pipe that is easy to bend and shape when heated, but becomes hard again when cooled. It has numerous uses and can be purchased at a hardware store for cheap. It is usually used for plumbing. I use PVC for lots of other things though, like blowguns, staffs, swords, and other stuff. (The size of the PVC is just right for shooting Nerf darts)

The way to make the bow is pretty straightforward. You simply have to heat the pipe until it is pliable, then bend or smash it to the shape you want, and let it cool that way. After it has cooled, it will be stiff and hard to bend, perfect for bows. Here is a link to some detailed instructions on how to make one: 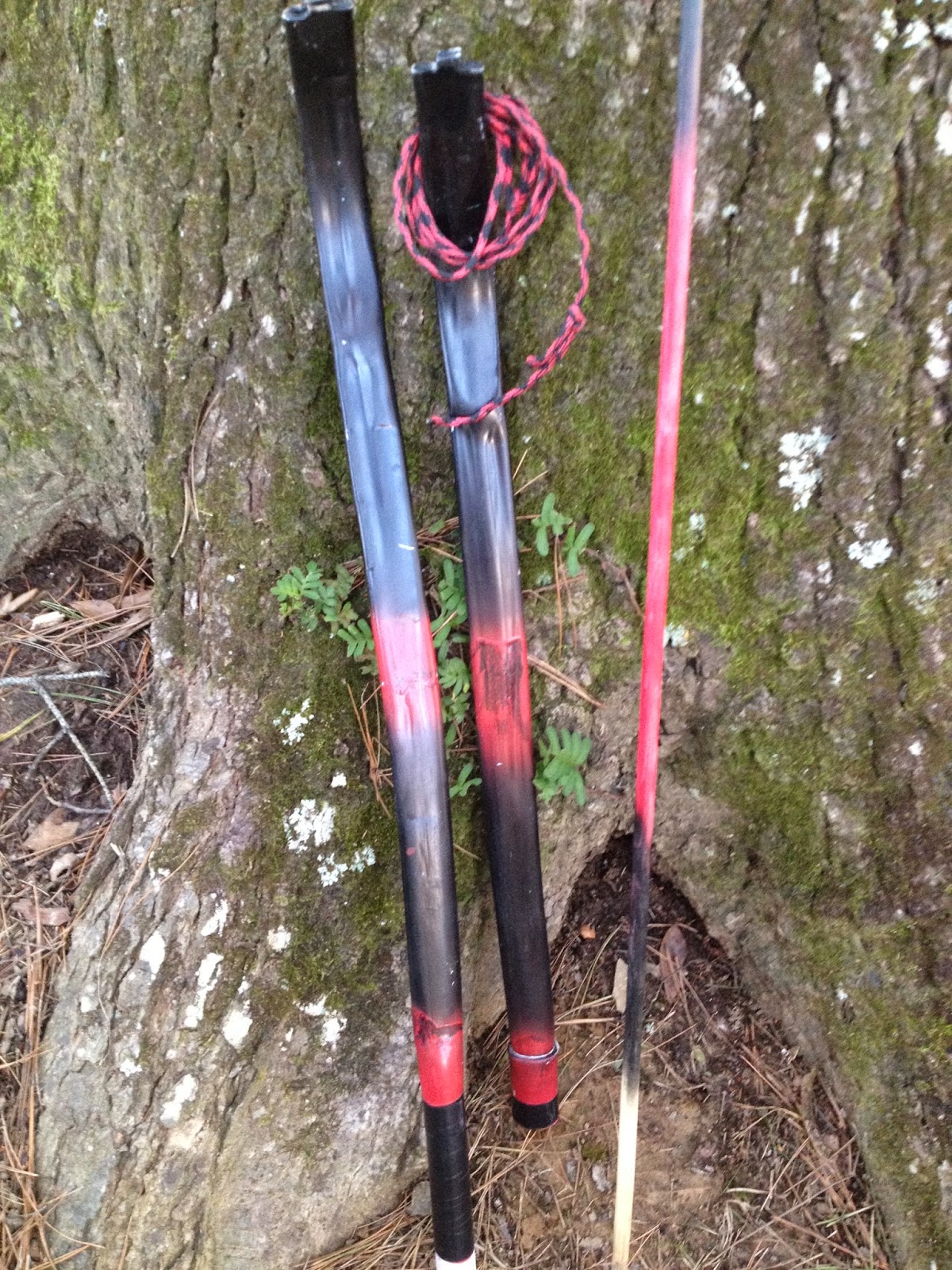 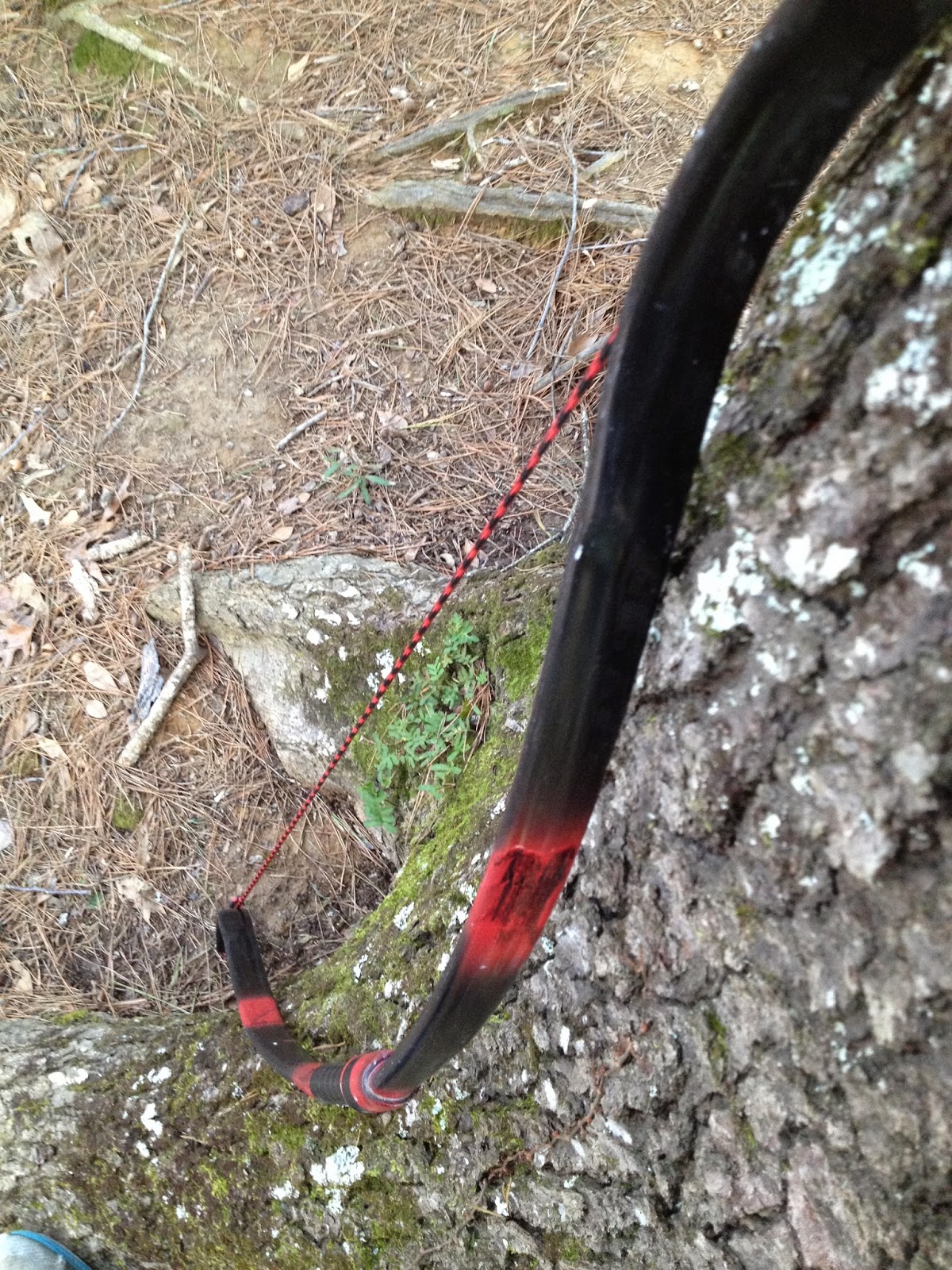 For the string I used 550 paracord, tied at both ends with a bowline knot. In the middle there is a coupling that joins the two limbs of the bow together, so it can come apart for easy storage or transportation. That part was actually an accident. I made a large notch in the middle of the bow for the arrow to rest on, but when I tried to string the bow it broke there. So I cut the ends clean and made a coupling for it, and it works surprisingly well.

The arrow was pretty easy too I had already had some practice making arrows from an arrow making kit I had used before. I cut a dowel to size, fletched it with some duct tape, and made a quick broad head arrowhead for it from a saw blade I had. I glued the arrowhead to the dowel with epoxy, and then wrapped it with jewelry wire. Then I spray painted it red and black to match the bow. I would have painted the duct tape feathers too, but spray paint doesn't stick to duct tape. Here are some pictures of it. 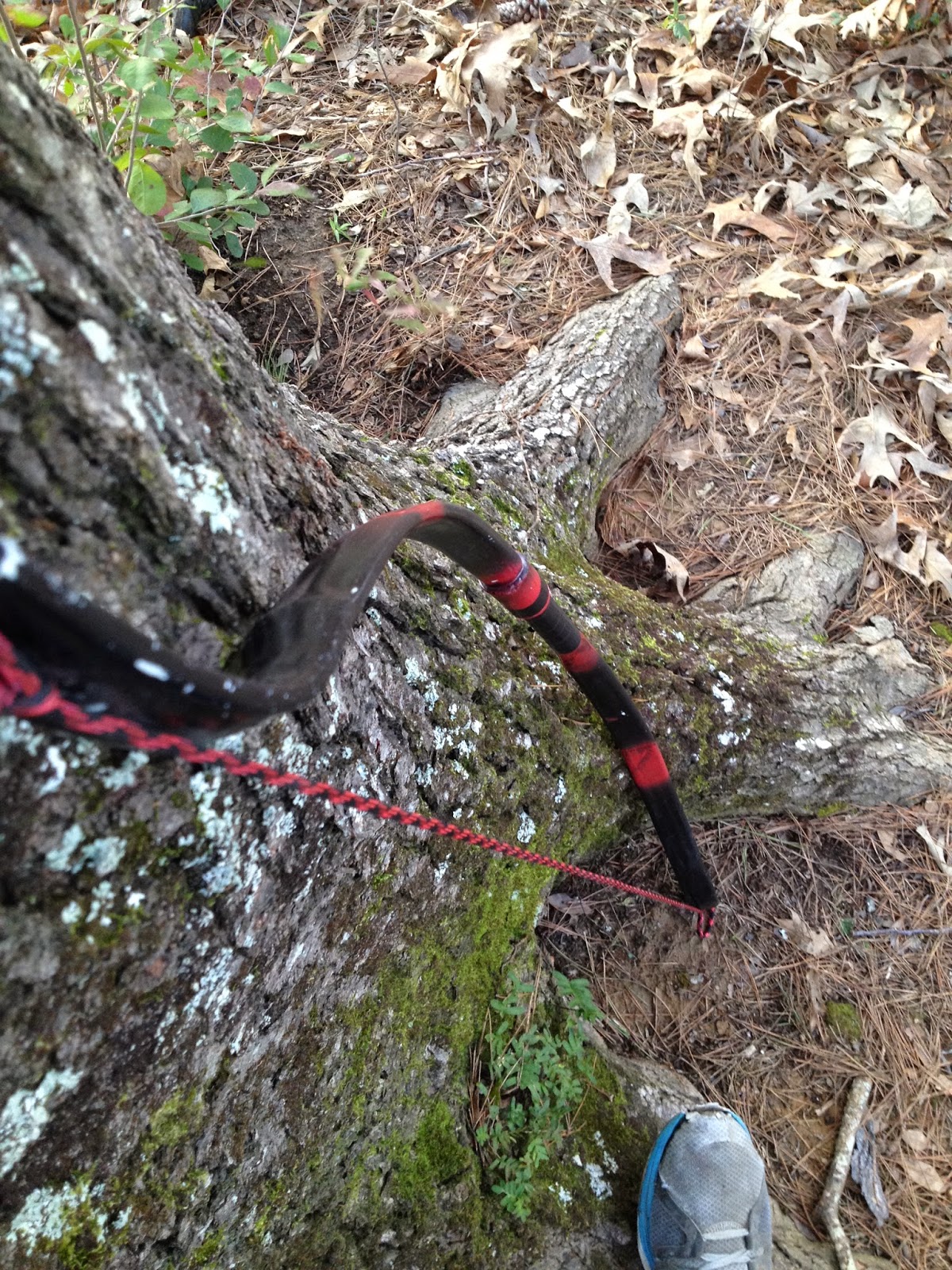 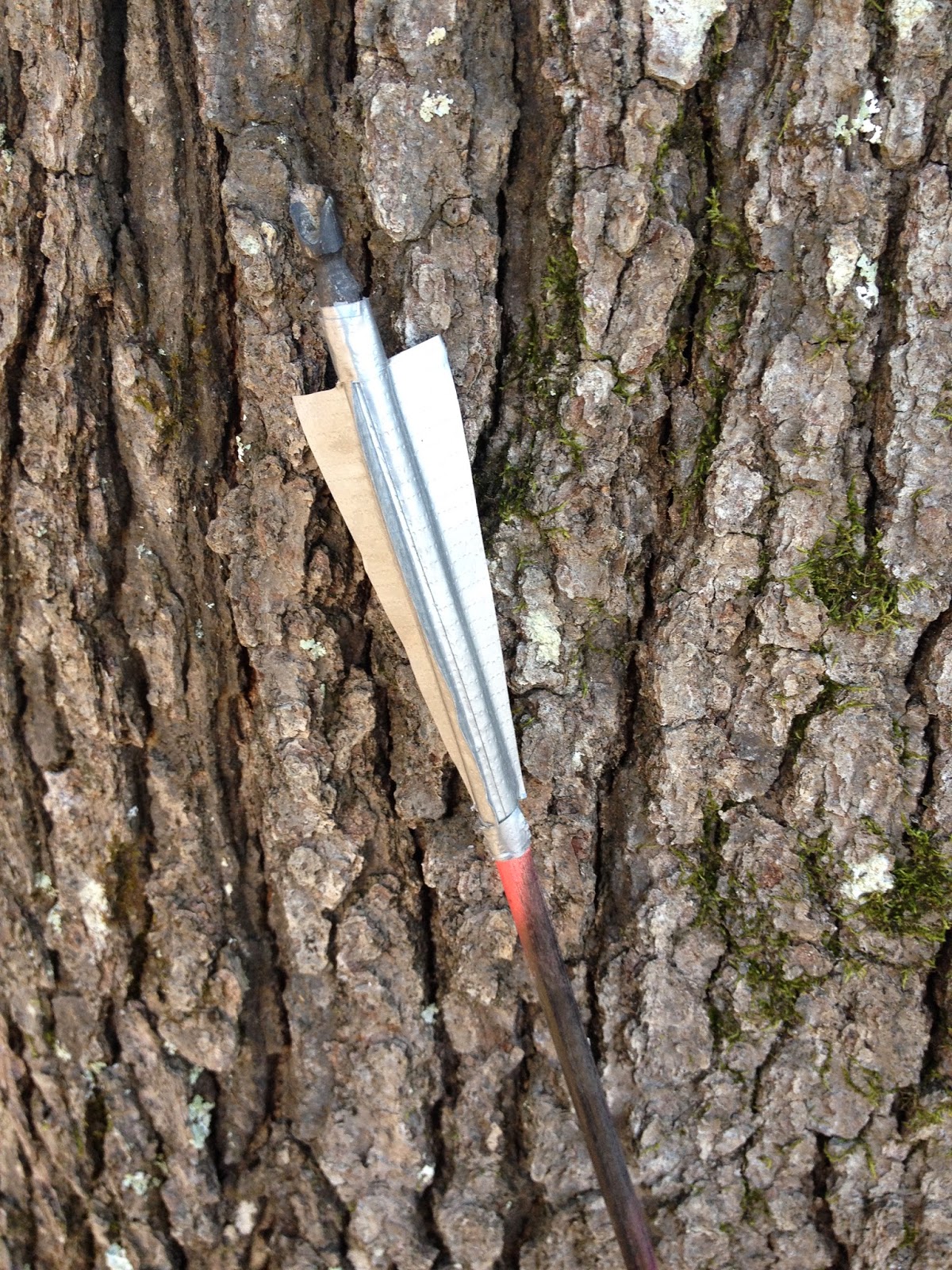 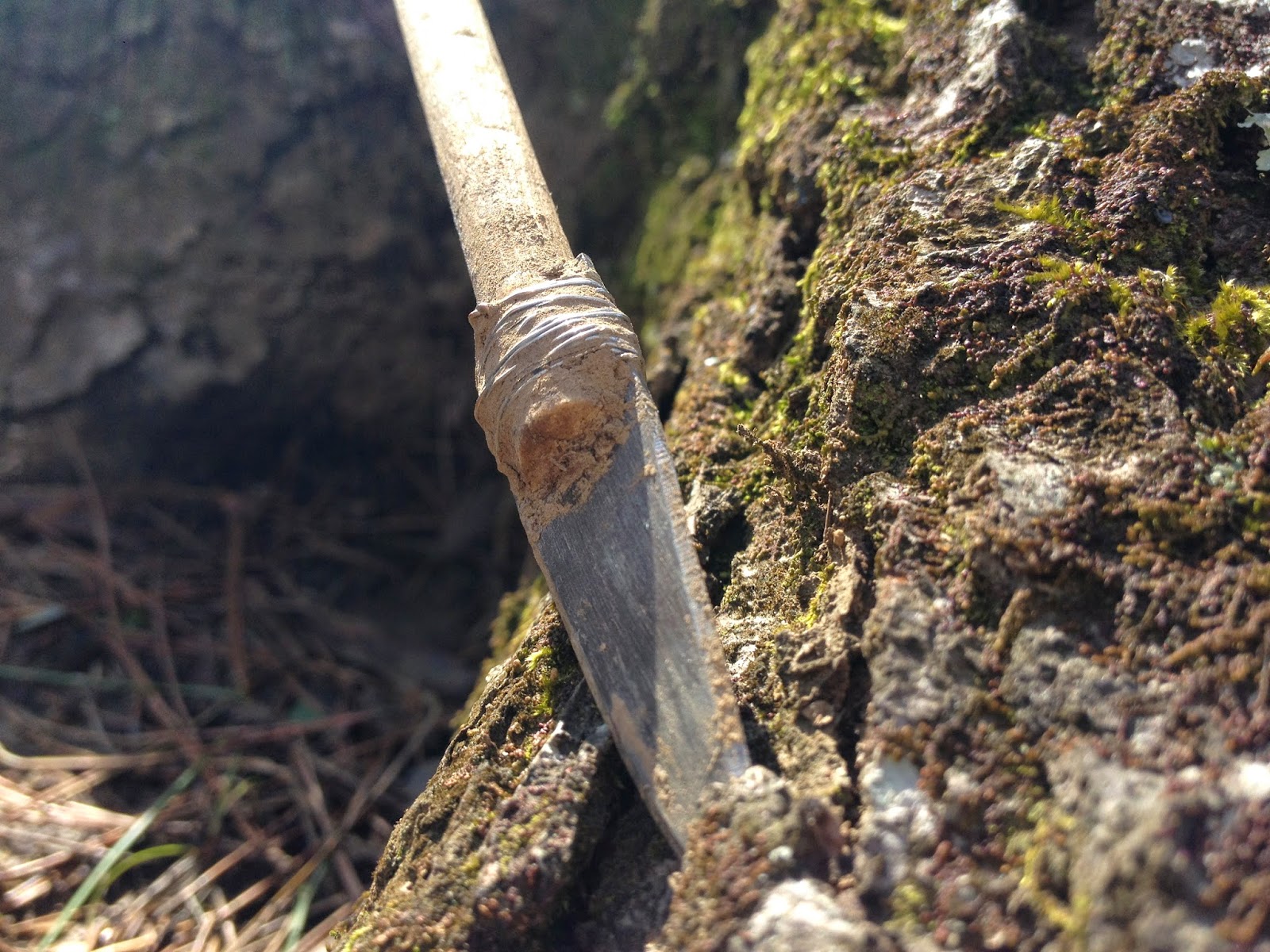 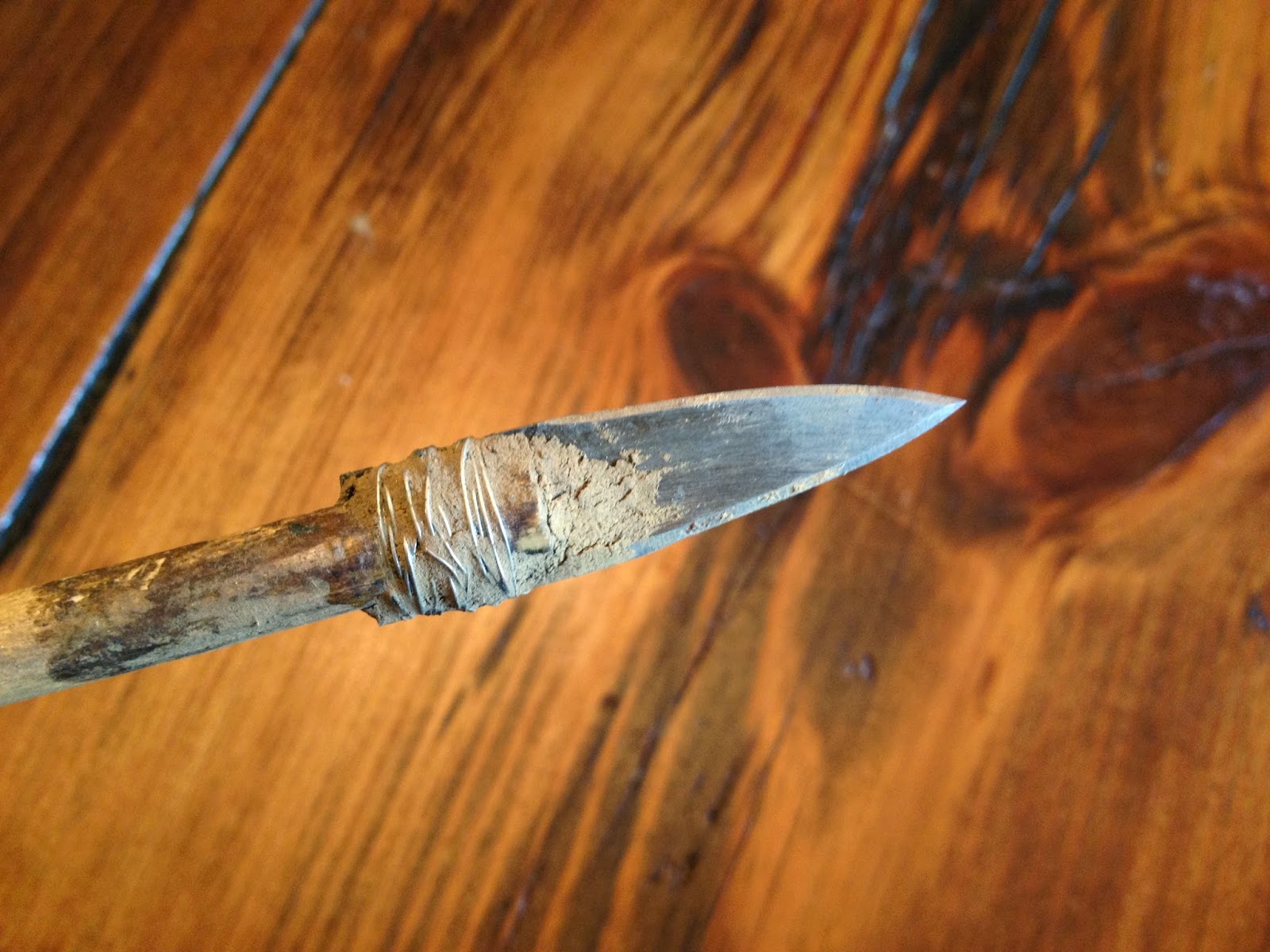 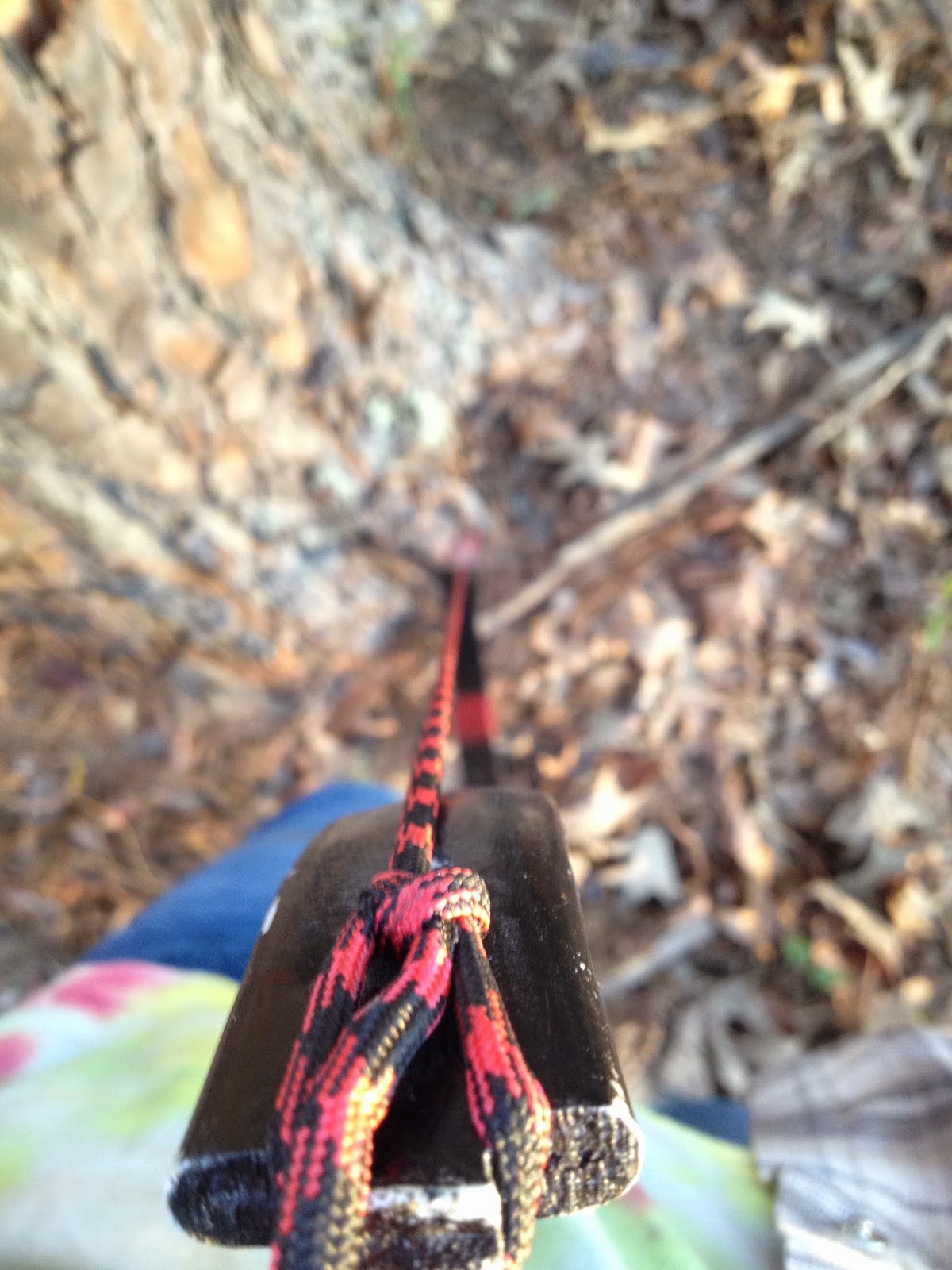 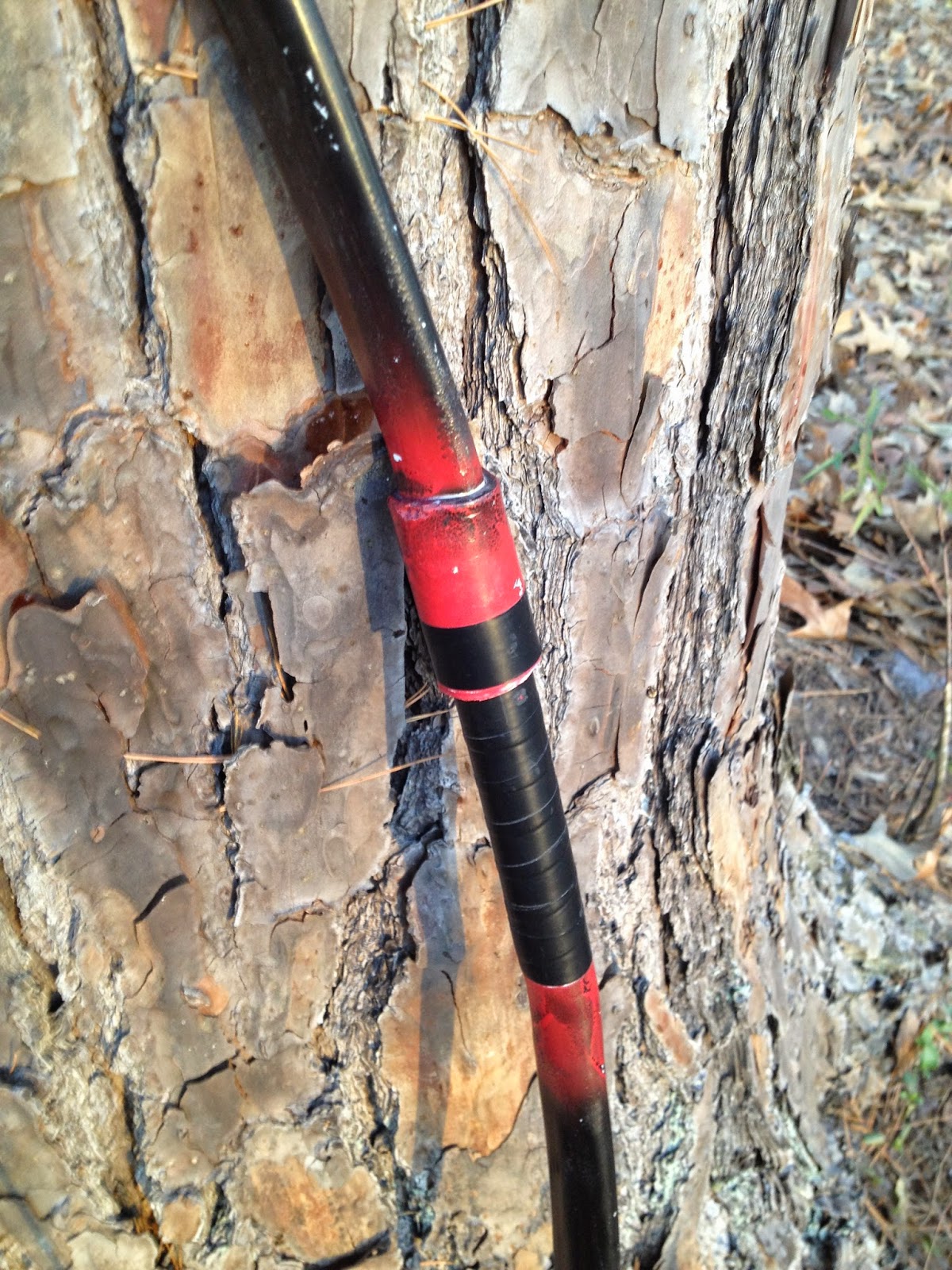 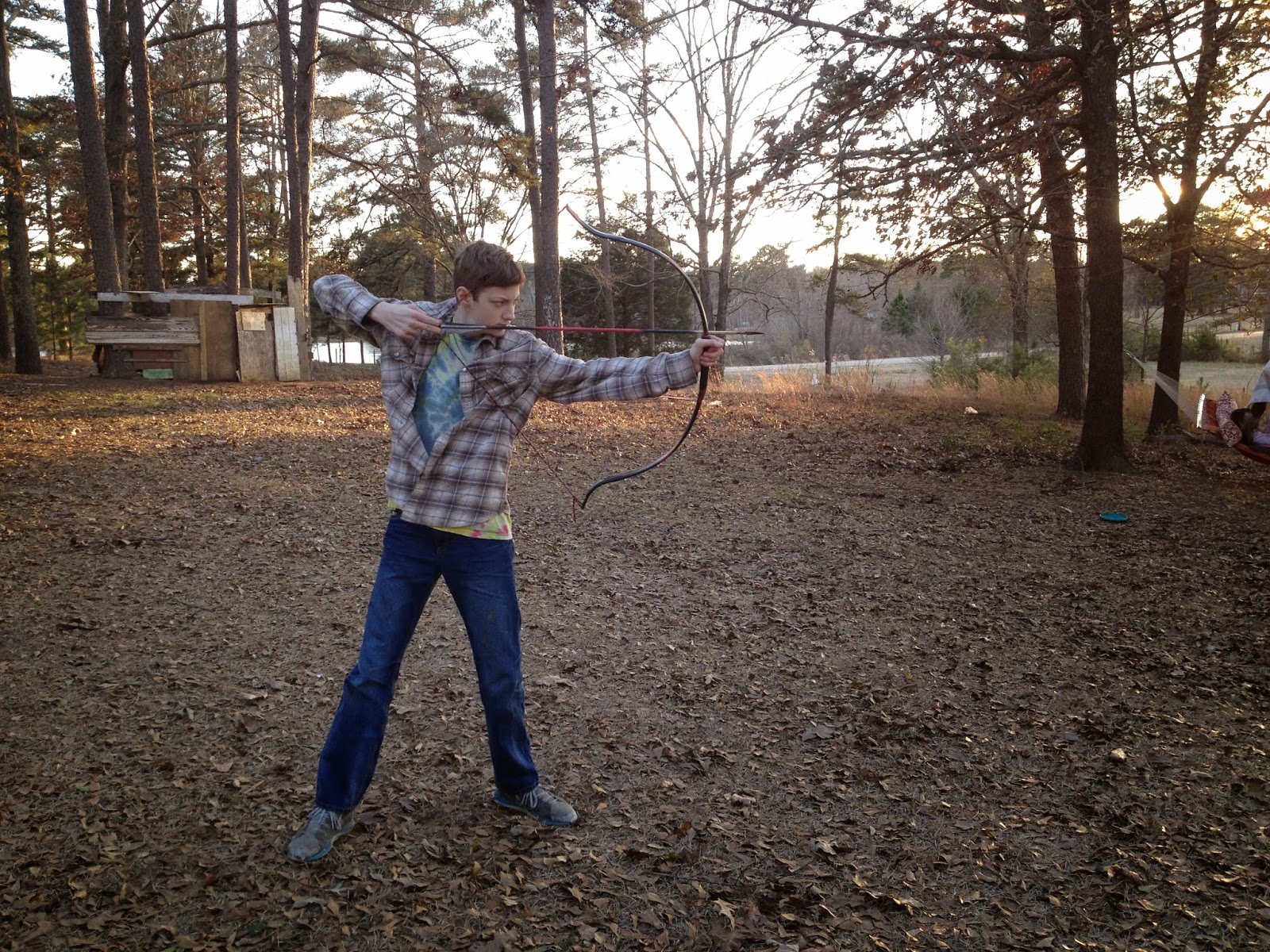 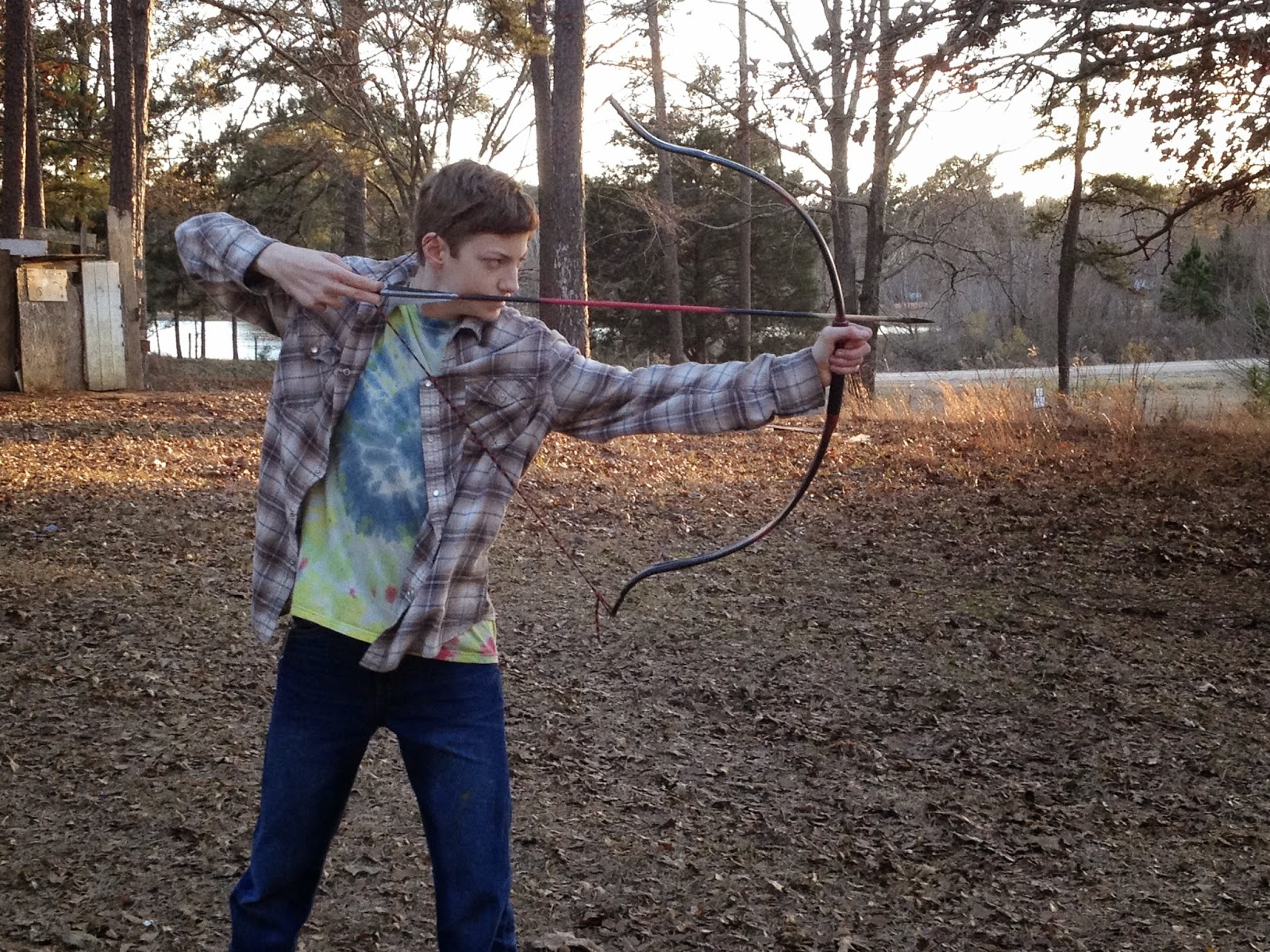 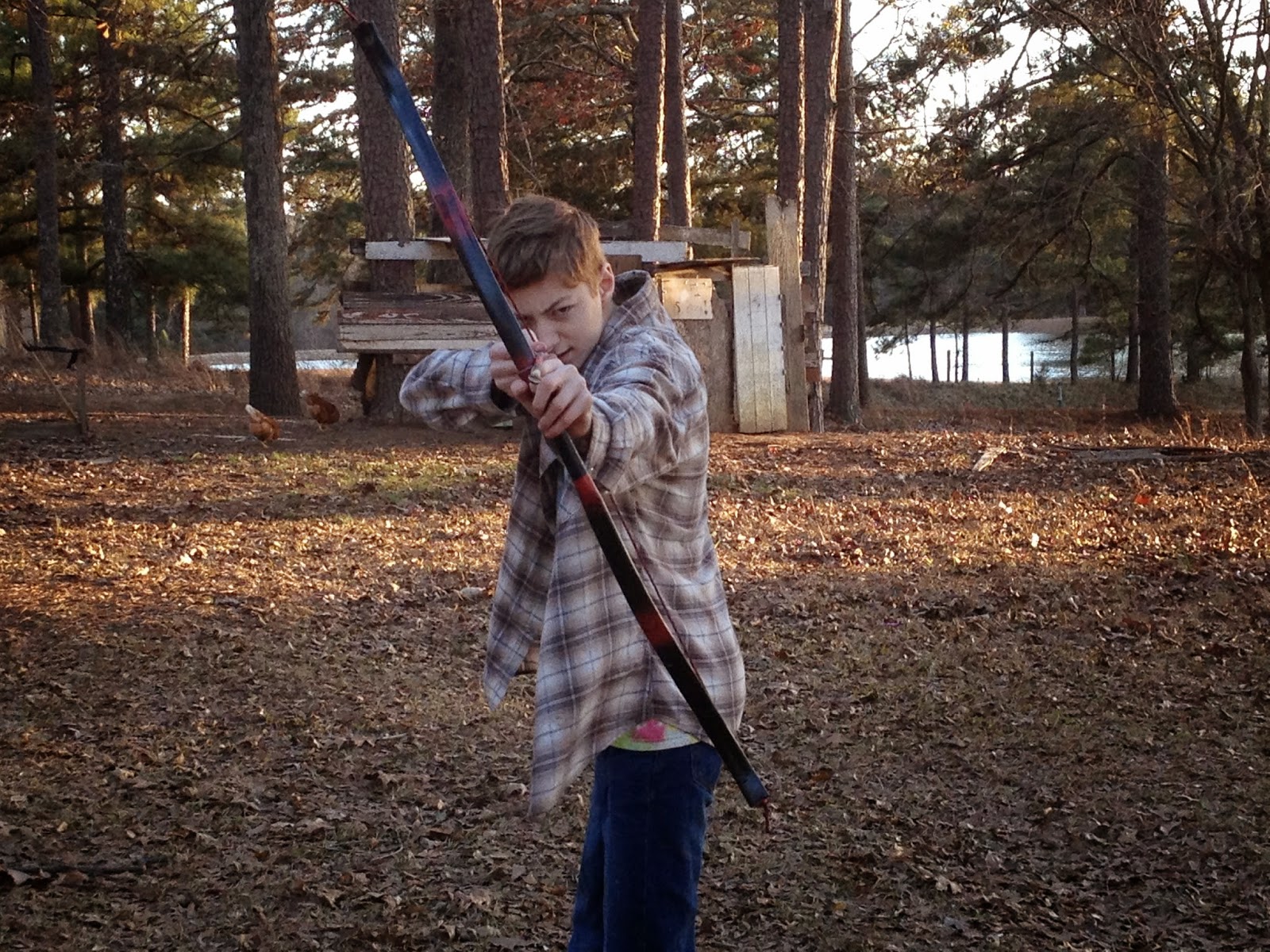 The result? I have another really cool bow, and I'm still really bad at archery.