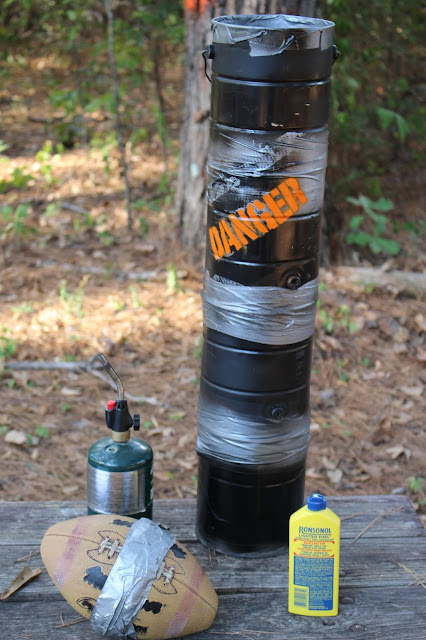 I'm too tired of typing to put together much of an introduction to this one, so I'll just get right to the point.

I built a Football Mortar.

You know what that is, right? A Mortar? That shoots Footballs? No, not mortar like bricks and mortar, like military mortar. Heavy artillery mortar. Army man mortar. You still don't know what I'm talking about, do you? (sigh) I'll have to explain.

And a howitzer fires its charge at a trajectory between the two. Just a bonus fact. (no charge)

I made one that shoots footballs. Talk about a fun opening kickoff! 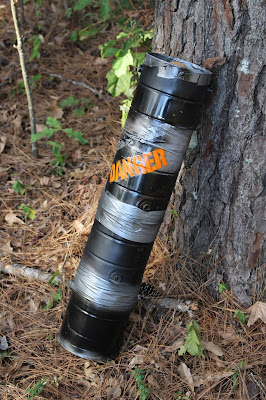 This is actually a rather simple project, it only took me an hour or so to complete, and in my usual style is constructed completely out of trash. The only thing you need is duct tape. Lots of duct tape. And lighter fluid. Lots of lighter fluid. And a lighter. A long lighter. Or better yet, a propane torch. And several old empty paint cans. Or giant soup cans. Or giant bean cans. Or giant chili cans. Or--well, you get the idea. Something big enough to fit a football. Actually, the paint cans were a tad too big for the football, which is why I wrapped tape around it, to make it fit snugly.

You can get a pretty good idea of the construction of the mortar by looking at my drawing of it below. As you can see, the mortar is made of four paint cans duct taped together, making four sections, the top two being the barrel. There is a baffle between both the first and second sections, and the second and third sections; which create the combustion chamber, and are the key to the mortar's success. The baffles are made out of the paint can's lids, with holes punched in a circular pattern around them. At the bottom of the first section, there is a hole punched in the paint can, which is the touchhole and the place where the fuel is loaded. And of course, I couldn't resist stenciling DANGER on it in giant orange letters. 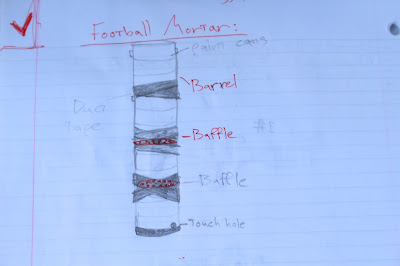 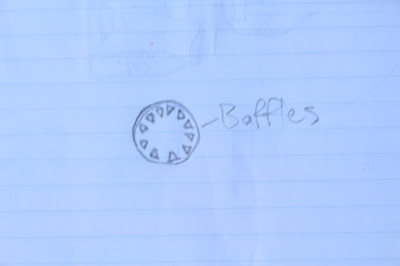 To fire the mortar I first slide the football down the barrel, ensuring that it fits tightly so as little gas escapes as possible. I then squirt a liberal amount of lighter fluid into the combustion chamber through the touchhole, and then shake the mortar around, turning it this way and that, up and down, spinning it around, etc. The point is to vaporize the lighter fluid and spread it through both chambers. It is rather difficult to get the right combinination of fuel to air in the chamber, so my shots vary in power. When I feel confident that I have gotten the fuel vaporized enough and spread throughout the chamber evenly, (or when my arms get too tired to shake it anymore) I prop it up at a sharp angle, cover my ears and apply the flame to the touchhole.

There follows a deafening bang, and the mortar is thrown back several feet. I quickly look up into the sky, to see the football sailing high through the air, to land nearly three hundred feet away.

Now, be forewarned; this is not a risk free project. There are no guarantees that the paint cans or duct tape won't blow apart under the sudden intense pressure. It happened to me once. I didn't wrap enough duct tape around it, and a couple of the sections came apart.

Flames blow out the touchhole when fired, so be sure and use a long lighter. I watched a vid on YouTube once where some guy tried to light one of these with one of those tiny Bic lighters. He burnt his hand. Bad. Use common sense. A football fired from one of these could probably kill someone if it hit them right.

The combustion chamber will also get hot to touch after repeated firings.

Did I mention the thing is ridiculously loud?

Some tips for shooting:
Remember that the ratio of fuel to air in the chamber is what determines the success of each shot. Because you can't really measure the amount of lighter fluid you put in each time, it is extremely difficult to get it right. Add to that the fact that the lighter fluid vaporizes differently in different temperatures, and that the oxygen levels in the chamber change after each shot, make getting it right guesswork. You may need to blow out the chamber to get replenish the oxygen supply. I still haven't figured it out. Sometimes I shoot it and the ball only goes twenty feet, and then the next shot goes three hundred. Sometimes I can shoot it twice on one charge, the leftover fuel in the chamber providing enough for the next shot. It's confusing.

Because the lighter fluid vaporizes differently at different temperatures, you may have to fire it a few times and get the chamber heated up a little before it vaporizes well enough to get a very powerful shot. The hotter it is, the better the naphtha will vaporize.

It is also key to keep in mind that putting more fuel in does not necessarily mean that it will shoot farther. It is the ratio of fuel to oxygen that matters. If there is too much fuel and not enough oxygen to oxidize it all, you get a less vigorous burn. If there is not enough fuel and too much oxygen, you also get a less vigorous burn. It needs to be the correct ratio; and that is difficult get right. 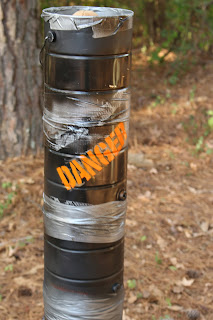 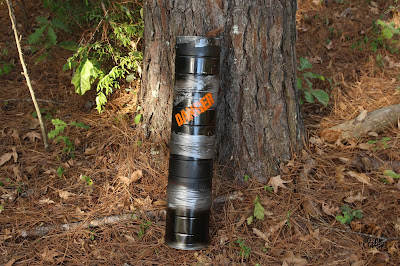 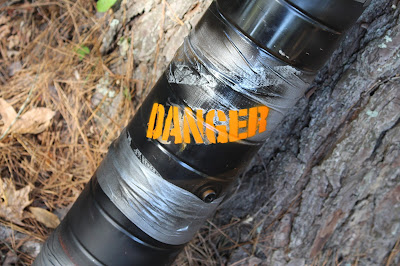 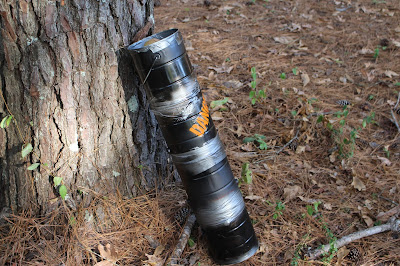 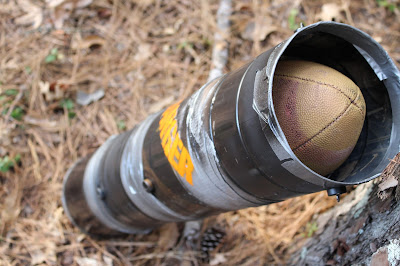 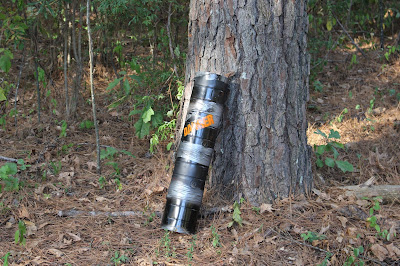 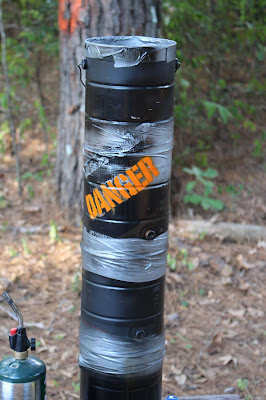 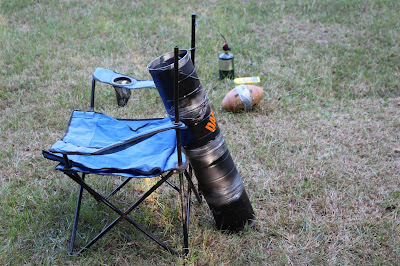 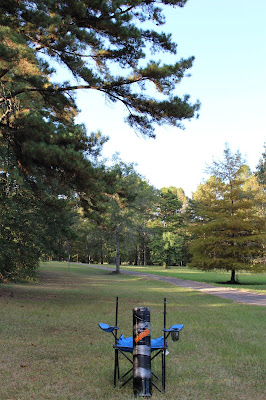