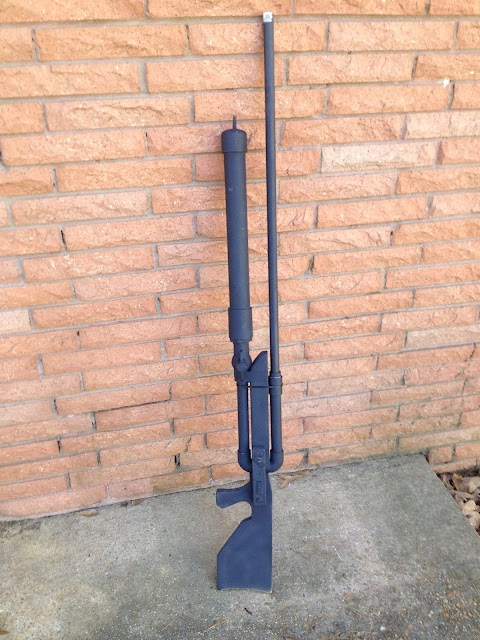 Yep, I built my first (and hopefully not my last), gun. No, it doesn't use gunpowder (sigh), but it is very powerful and will shoot anything from paper rockets to paintballs, AA batteries and even old Civil War bullets. It can fire anything I can fit down the barrel, and since I made several different sized removable barrels, it can shoot just about everything.

It is constructed almost completely out of schedule 40 PVC pipe, with the exception of the schrader valve and the stock. The schrader valve was from an inner tube off of an old bike. The workings of the gun are very simple. The air tank below the barrel is pressurized with a bike pump or an air compressor. The air tank is connected to the rest of the gun by a ball valve, which keeps the air in the tank until fired. The ammo is loaded in the barrel, and when I am ready to fire, I quickly flip the lever on the ball valve, that instantly releases all the air in the tank, which then rushes up the pipes to the barrel, sending the projectile hurtling towards my target. The more air pressure in the tank, the more velocity the bullet has. I pressurize it to around 100 psi max, while still retaining a high safety margin. (the actual bursting pressure of the PVC is much, much, much higher) 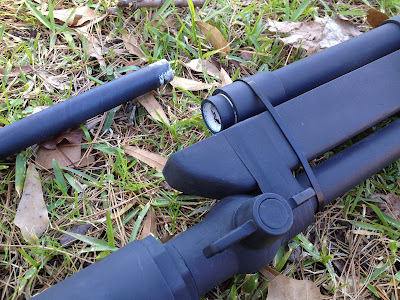 All the parts are cemented together, and tested at low pressure for leaks first. I made sure all the parts and joints were solid, otherwise it could have exploded on me. High pressures such as this must be taken seriously, if not used correctly they can be very dangerous. (But then again, I can say the same thing about driving.)

It can also shoot arrows faster and farther than any bow I have made so far. A hundred and fifty yards, if you are wondering. (Scared me pretty bad actually, I wasn't expecting it to go that far. Almost into the neighbors land.)


This is a lot of fun to use, and I can definitely see myself making another, improved version in the near future. 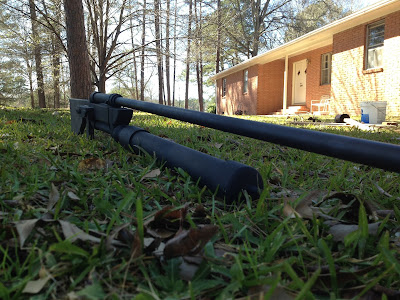 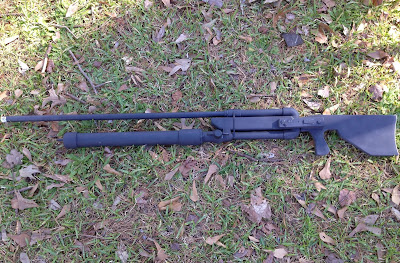