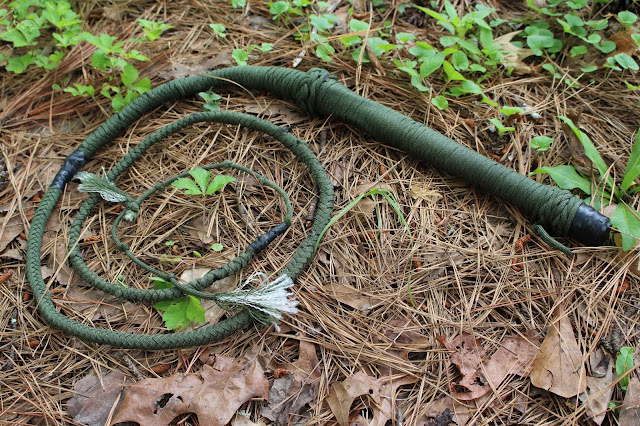 This is something I have wanted to make for a long time, but never really had enough Paracord to do so at any given moment. That changed however, when I was given a spool of Paracord by a relative who was at our house for thanksgiving. So there I was on Christmas break, doing nothing but laying around the house, with no other projects to work on.........and 1200 feet of olive green mil spec 7 strand Parachute cord just sitting on my desk. There was never really any choice in the matter.

I just had to make a Bullwhip.

Now, granted it ain't the prettiest thing, I was in too much of a hurry to finish it to pay much attention to the instructions I was following. The braiding is loose in several places, and I made more mistakes on it then I would care to admit; but it darn sure works and for my first attempt I don't think it turned out too bad. 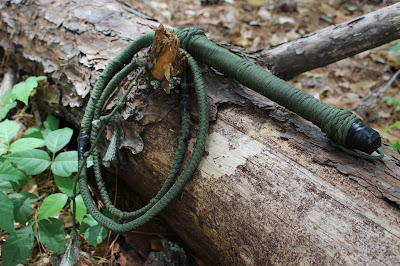 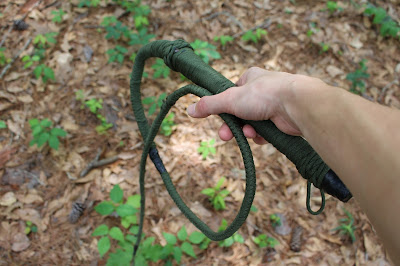 The handle is a section of PVC with a piece of rebar jammed through the middle of it to give it some weight. The core of the whip is attached to that, and is made of several lengths of P-cord wrapped up in electrical tape. The outer braiding is done with paracord that has been gutted of its inner strands, allowing it to lay flat. (hopefully you don't study my braiding too carefully) My whip doesn't really have a cracker like most whips do, just a short length of paracord tied on the end and allowed to fray a little bit. I also did several decorative knots on the handle to finish it off, and added a loop so I could hang it on the wall. 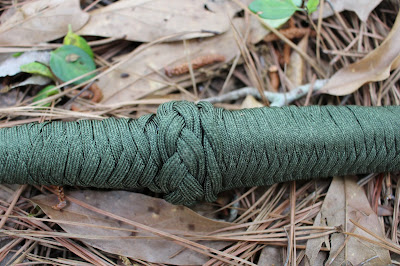 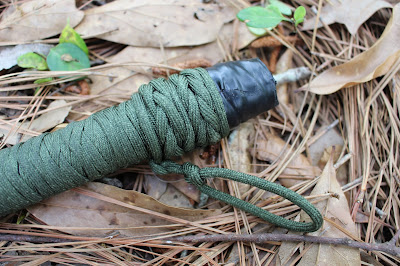 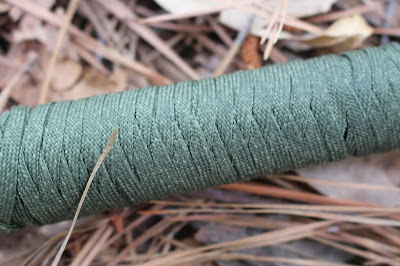 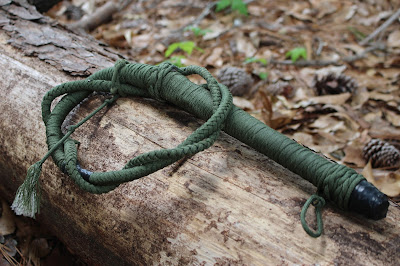 Good grief!  Who am I kidding? The thing looks terrible. It does. I did everything wrong. I even have electrical tape holding the loose braiding down in several places. Oh well, first try you know. I'll make another one sometime.

Whenever I can find enough paracord again.


To those who are interested in making one of these bullwhips, this is a very good tutorial that I followed:

This backpack has space for everything I need and has clips and places to clip things on all over its recommended site. Perfect for weekend warriors or casual camping.

Their team handles scope changes in stride and implements development phases through sprints. Timeliness is a hallmark of their work. branding agency for startups