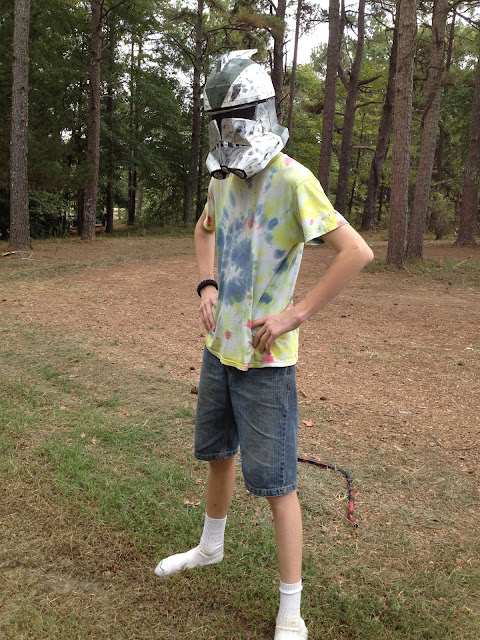 I've been hinting at this one for quite a while, even before I really started work on it. See, when I made my Mandalorian helmet, (http://jakemena.blogspot.com/2015/04/deathwatch-helmet-update-battle-damage.html) I found of whole world of prop helmet making. I found that a lot of people made their helmets (at least the base shape) out of paper. They used a program called Pepakura, a 3D designer program that allows the user to make a 3D computer model of a certain thing, say a clone helmet. Then, using the program they would be able to 'unfold' the 3D model, and lay it out flat on paper. Then they could print the pages, cut out the shapes, and glue them together in the correct way to assemble the model. Really cool. Then the person could build onto the paper model, adding strength, shape, and all the other stuff to make a really cool prop helmet.

Anyway, I decided to make a clone helmet using this method. I downloaded the free version of Pepakura, which allows you to view and print existing files, but not modify or create them. This wasn't a problem, because there are lots of people on the web who have unfolded models and make them available for free. I simply went through and picked my favorite. I wanted to do the Phase 1 clone trooper helmet, but I couldn't find any available for free download. So I went for the next best thing, an early ARC trooper helmet, which was an experimental version mixing Phase 1 and 2 helmet designs. (If you have no idea what I am talking about, you need to watch more Star Wars.)


Anyway, I printed the files, cut them out, and put it all together with hot glue. (it took several hours) I was left with a really cool, life size clone helmet. The only problem is that it was, well, made of paper. As you probably know, paper is not the best material for deflecting blaster shots. It needed to be hardened.

The people who make these often fiberglass the inside. This makes it hard as rock. I didn't want to do this because it is dangerous to use, and I don't have the materials. So I opted for other possible solutions. I tried spray on polyurethane, which left it water proof but still weak. I tried brushing on wood glue, which made it harder but not hard enough. Finally I brushed on a whole ton of epoxy resin. That made it a lot harder. Not as hard as I would like, but hey, its made of paper.

Then I sanded it, smoothing out the edges, getting rid of the excess hot glue, and prepping it for paint.

Then I painted it. Spray paint of course: white, black, silver, and green.

Then put mattress foam on the inside.

Then made and glued the visor into place.

Then installed breathers and the vocabulator.

Then battle damaged it. Cup of spray paint and water.

And this is the finished product. 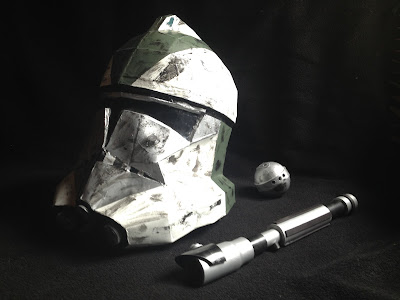 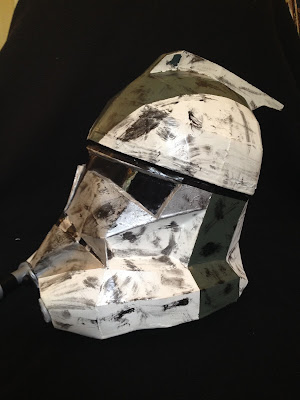 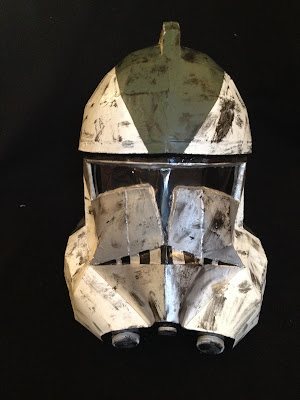 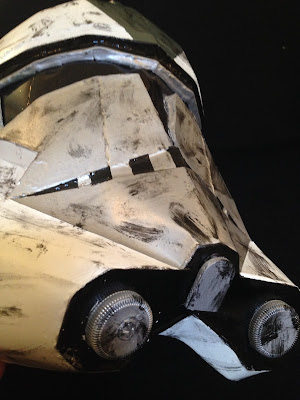 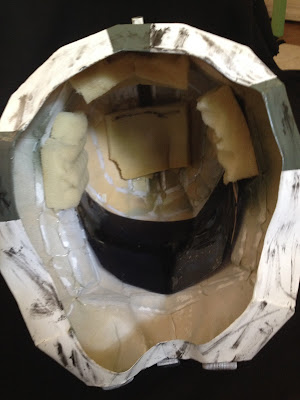 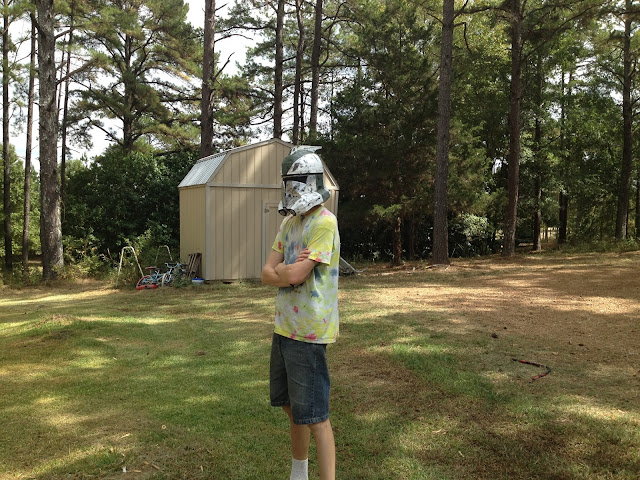 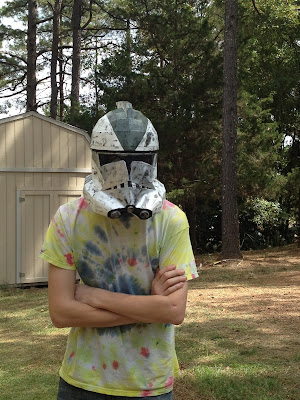 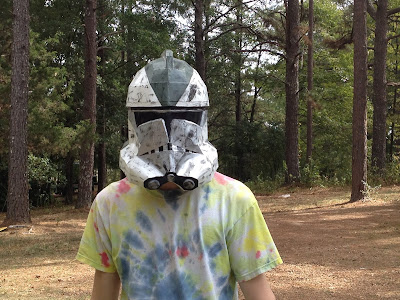 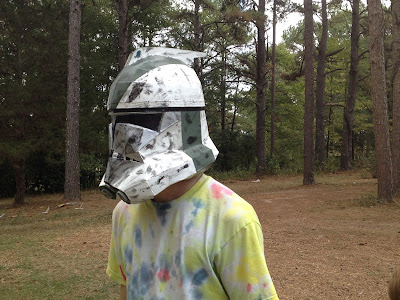 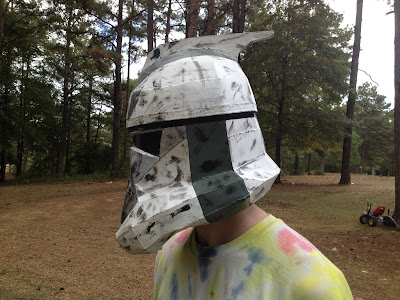 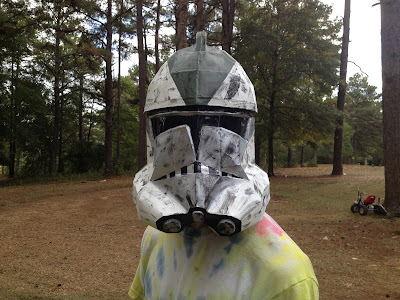 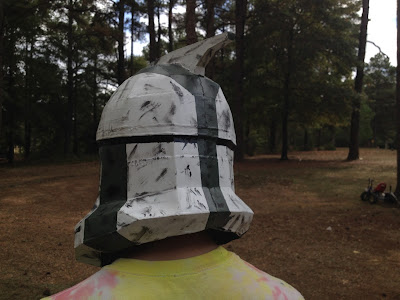