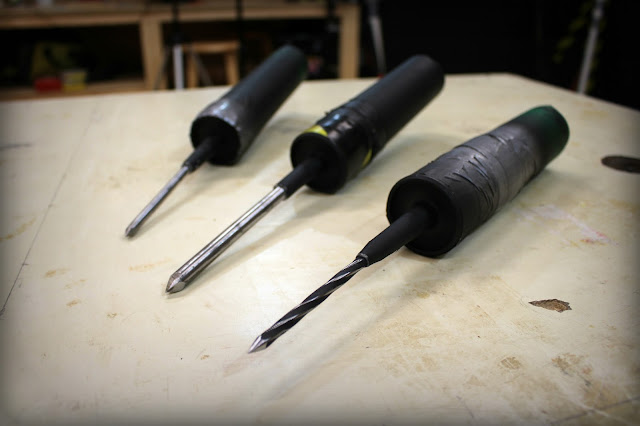 I always have trouble finishing up these website posts. I have no idea what to write as far as an introduction to this post. It's been two weeks since I made these, and I can't think of what to say or what I was even thinking when I made them. But it's time to post.

Here is a video. And a written tutorial. With pictures.


I came up with the idea for these projectiles when I realized that caulk tubes fit nearly perfectly in my 2" diameter spud gun barrel. All it takes for a perfect seal is a bit of tape. (I used some toilet paper to save a little tape) 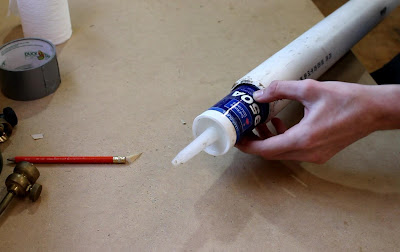 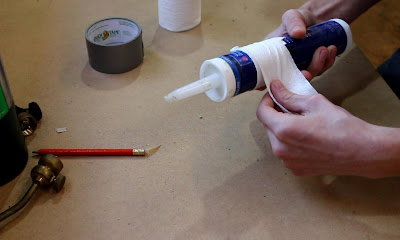 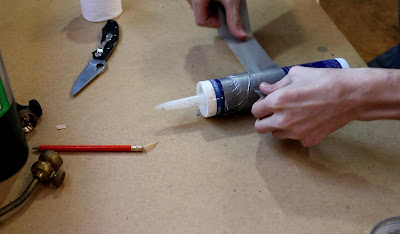 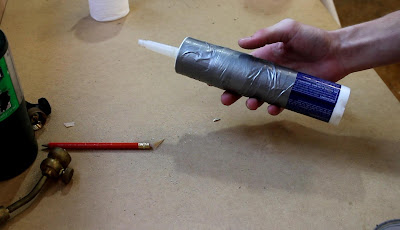 All that was left was to make them deadly. I went to the hardware store and found some ridiculously tiny nails. Like really tiny. No idea what they could be used for, they are so small.

I  found three methods for affixing them to caulk tubes. 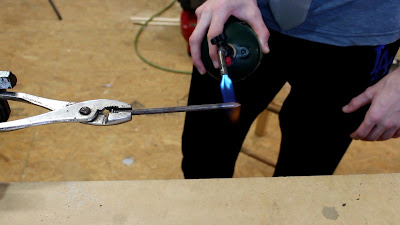 First I heated up the nail with my blowtorch, and used it to melt the holes I needed in the front and back. 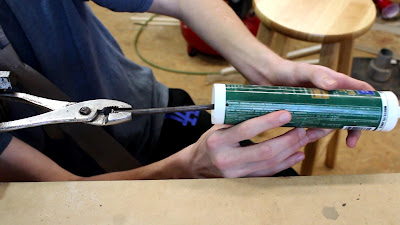 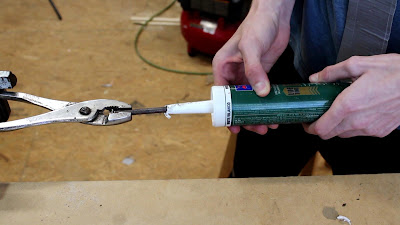 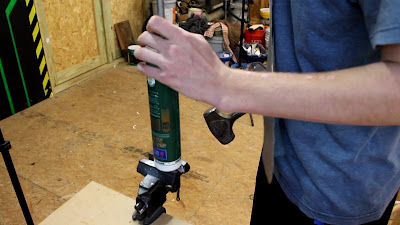 Then I stuck it upside down in my vice, set the nail into the hole in the back, and endeavored to push it through. Not happening. The hole was too small. So I grabbed a hammer and pounded on it for about three years. 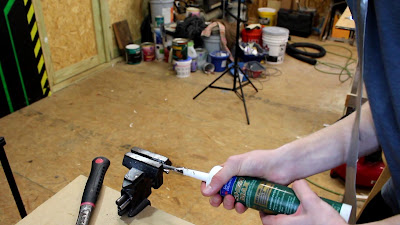 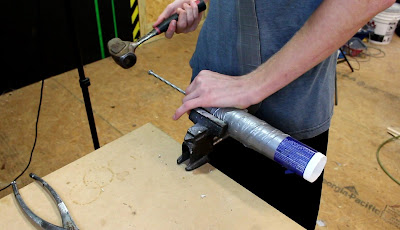 Instead of making a hole through both sides of the tube, for the next one I decided to come from the other end, turn the nail around and hammer it into the nozzle of the caulk tube. That was much easier. 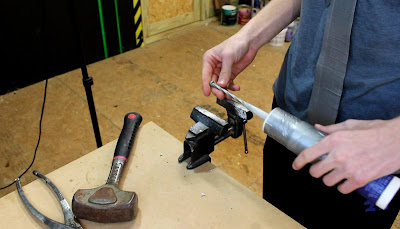 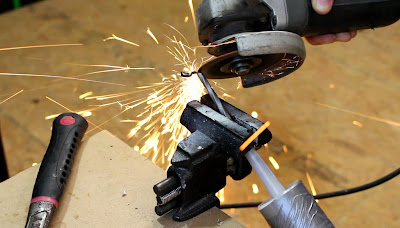 Then I cut off the head of the nail with the angle grinder and ground a new point where the head had been. 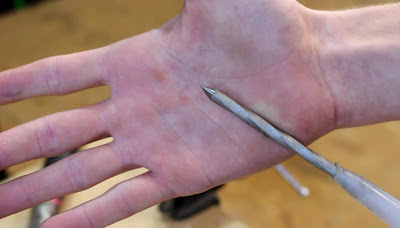 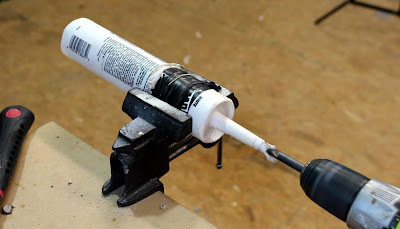 By this time I realized you could just drill out the holes through both sides of the tube. Making them the perfect size for the nail. Then I hammered the nail into place (much easier than last time).

This is the method I would recommend you use. 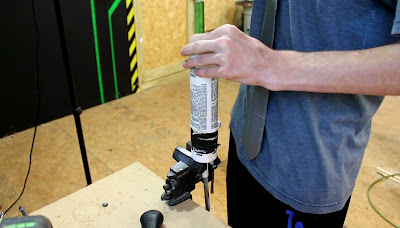 Final Step: Spraypaint an awesome color of your choice while completely totally standing in the way of your camera 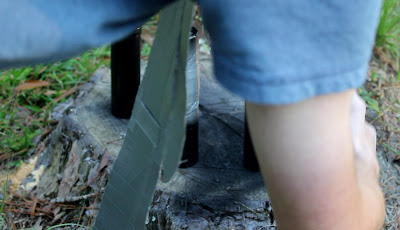 I nailed this step perfectly. 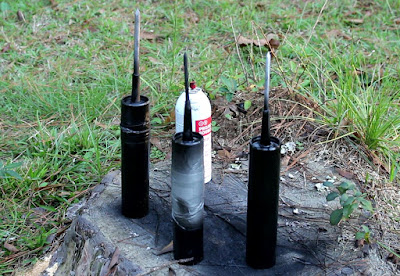 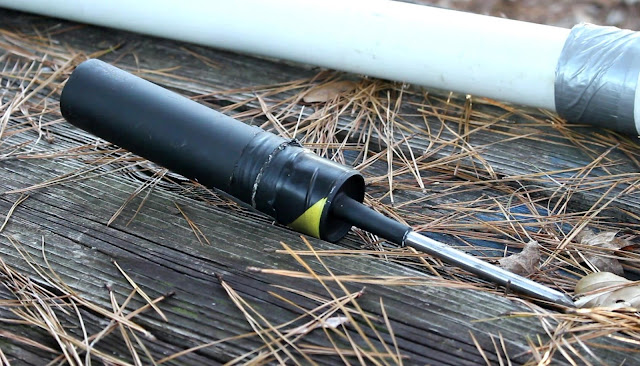 Here is a beauty shot of one of the finished demon darts. Beautiful, I know.

And some testing. These projectiles surprised me. I wasn't expecting the amount of power I actually got. They drove the nails all the way into my backstop (half inch OSB), destroyed paint cans, and went through both sides of a plastic five gallon bucket. Pretty powerful. 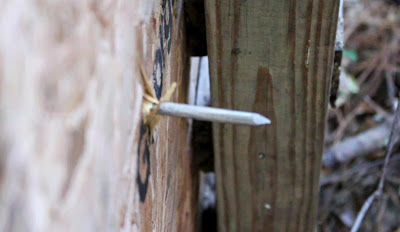 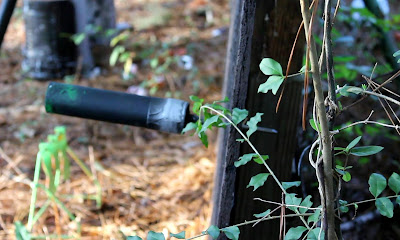 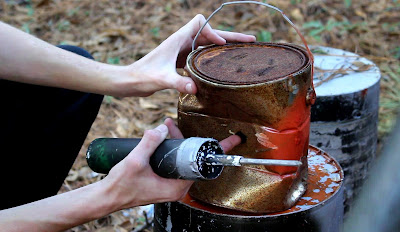 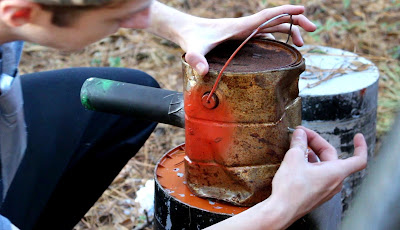 Unfortunately, while certainly effective this version at least of lethal ammo is also rather fragile. To my ultimate dismay and incomprehensible disappointment they all went into a self destruct sequence after only a few shots. The plastic simply wasn't able to hold together under the pressure.

This is Y people outlaw these things stick to produce. Turning anything deadly is not fun just extremely dangerous. I have built several cannons, produce is a good choice yes can really hurt someone but your spent ammo becomes critter food. So make sure range is clear and feed the wild life.

Powder coating may be a good choice if you want your items to stand out from the crowd. Transparent, shiny, or metallic-like surfaces may have a variety of hues and tints added to them. Please have your automobile repainted in the colour of your choice and repaired to showroom standard. This will improve the appearance of your vehicle. If you want to get the most outstanding value on a powder coating equipment package, go to the Eptex Coatings website.

ammo sales You made such an interesting piece to read, giving every subject enlightenment for us to gain knowledge. Thanks for sharing the such information with us to read this...